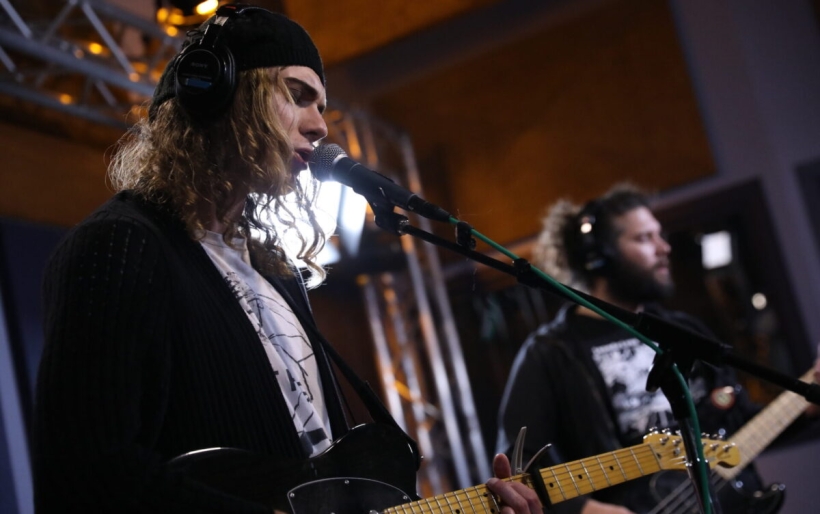 As much as shoegaze and dreampop are viewed as cool, cosmopolitan styles of the 90s Brit-rock scene, a look at the geography of the genres tells a different story.

Take torch-bearers Slowdive: they might be firmly associated with London today, but they actually hail from the Reading countryside, some 40 miles west of the UK’s biggest city. Likewise, Catherine Wheel founded in Great Yarmouth, on the east coast of England’s midlands. Ride is from the sleepy college town (albeit a very art-minded one) of Oxford, Cocteau Twins come from the small industrial city of Grangemouth, situated in between Glasgow and Edinburgh in Scotland.

What is the point of this geography lesson, though? It’s to visualize the way that this very specific strain of music — a shimmering blend of psychedelic pop and noisy rock that burned bright from the late 80s through the mid 90s, and has seen various degrees of imitation, influence, and resurgence over the years — develops best when it’s out of the limelight, free of the distracting hustle and bustle of bigger city life. When its practitioners have space and freedom to ruminate, to incubate, to meditate on the tones and ideas and emotions that they want to channel into sound.

We very much see that in Vicious Blossom, a project rooted in the rolling hills and open skies of Lancaster County, Pennsylvania. Founded in 2017 by singer-guitarist and songwriter Nate Zerbe, it studies human emotion and connection in the face of the obstacles we encounter along the way: addiction, depression, love, loss.

Though the project is primarily Zerbe’s vision, he’s worked over the past two years with a cast of players that include Bri Gilotte, Hollace Kimmet, Drew Peris, Cindy Dow, and his current band of Ben Roth on bass and Kory Gable on drums. It’s a group of players that circles around Lancaster studio and art space The Kaleidoscope, where Vicious Blossom recorded its moving debut LP Solace. The album was released in April, and Zerbe recently got Slowdive drummer Simon Scott to remix their song “Sway” — a connection he made after buying glass art from singer-guitarist Rachel Goswell’s Etsy shop.

This week, Gable and Pawling joined Zerbe in WXPN studios to play three songs from Solace live — the ardent tones of “Sway,” the resplendent “Shine”, and the punchy opener “Opium.” It was a knockout set, and as soon as it finished, the band packed up and headed back into the night, driving two hours west to Lancaster. Zerbe says things will be quiet on the band front for the rest of the year, as he’s finishing up the writing and recording of Vicious Blossom’s next album, one he hopes to release in 2020. In the meantime, you can stream and download Solace at Bandcamp, and stream video and audio of their Key Studio Sessions set below.