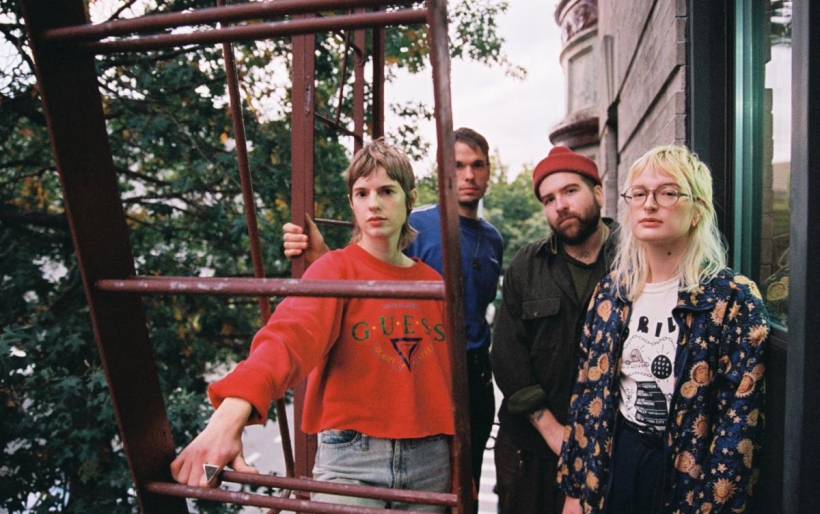 Empath | photo by Daniel Topete | courtesy of the artist

When they released a seven-minute cover of Lucinda Williams’ “Drunken Angel” last month, this trippy Philly four-piece talked about running the classic roots song through their own personal “Empath filter.” For me, the listener / observer, that conjures up either a bank of effects pedals, an Instagram overlay, or both. But on the other end, for the traveler, what exactly would this journey look like? Consult the band’s new music video for an idea.

“Roses That Cry” is a frenetic cut on their 2019 album Active Listening: Night on Earth, and the video sets it to flickering footage of the bandmates in a square box, surrounded by even more flickering footage — something reminiscent of the famous stargate sequence of 2001: A Space Odyssey.

In a press release, the band calls it a “fun matrix themed video, entertainment for the whole family. Prepare to be blinded by lasers, and amazed by lasers. [Director] Haoyan [of America] brought our lasers to life.”

Watch below. Empath plays Union Transfer with La Dispute on Wednesday, November 20th. Tickets and more information can be found at the XPN Concert Calendar.