"It Feels So Sacred": The End of America covers “Hallelujah” - WXPN 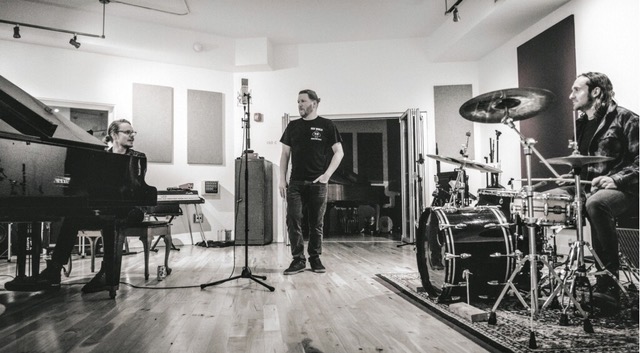 The End of America | courtesy of the artist

“It Feels So Sacred”: The End of America covers “Hallelujah”

After playing The Key’s tribute to Jeff Buckley in August, The End of America was inspired to explore Buckley’s influence further. Today the local folk rock trio is sharing their rendition of Leonard Cohen’s “Hallelujah,” in the style of Buckley’s cover from his 1994 album Grace. The track will be available digitally to stream or purchase on December 11 and will also appear on the band’s forthcoming Light Within EP.

“It was a blast getting the invite to be the backing band for the Jeff Buckley Grace Anniversary Show,” The End of America’s James Downes writes in an email. “A daunting task, those songs are no joke. But we loved every minute of it. One of the best experiences was getting to play ‘Hallelujah.’ Nerves aside, it was a gift to be able to play such an iconic song for a room full of people.

“It was so inspiring that it found its way into our set, but in an effort to add our own color to it, we lay a foundation of piano and sing on top of that,” Downes continues. “There’s always magic in the room during that part of the set list. We’re grateful for the turn of events that led us down the path of adding this unexpected classic to our repertoire.”

“Every time we sing ‘Hallelujah’ I get the chills,” adds Trevor Leonard. “Performing and recording this song has made me feel connected to some other-worldly realm. It’s hard to describe, but it feels so sacred. I’m thankful that we’ve had the chance to dive into the mystery and emotional beauty that it holds.”

And according to Brendon Thomas, “I never thought we’d take a swing at a song like this. Thank you Leonard Cohen and Jeff Buckley. You’ve proven with ‘Hallelujah’ that art can be an ongoing collaboration, through time and generations. It’s an honor to contribute to it.”

Listen below via Soundcloud. The End of America plays City Winery with Stereo League on Saturday, Dec. 7. Find more information on the XPN Concert Calendar.