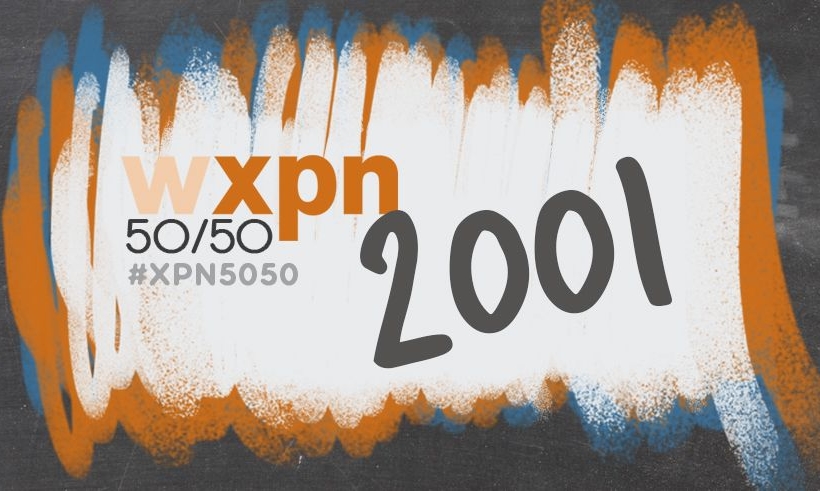 For fifty weeks this year, we’re celebrating the music of a specific year every Saturday on WXPN. We’ll be choosing the years randomly; for this week’s #XPN5050, Dan Reed is putting the musical spotlight on the year 2001.

Like any year, 2001 had its musical ups and downs — there’s a reason Buzzfeed called it “The Worst And Greatest Year In Music History.” But for all the high-charting songs that have since been forgotten, there were countless others that set the tone for a new millennium and still endure today.

Established musicians worked hard to continue the success they saw in the 90s. Weezer put out their third album, as did Gillian Welch, The White Stripes, Garbage, and Destiny’s Child. Radiohead returned with Amnesiac, Lucinda Williams followed up Car Wheels with Essence, and there was even new Bob Dylan.

But 2001 was really the year of debuts, from The Strokes to The Shins. Gorillaz self-titled debut was an unexpected hit, the Yeah Yeah Yeahs shook up indie rock, and John Mayer’s Room for Squares saw instant success.

At the movies, animation made strides with Shrek and Monsters, Inc., the Harry Potter series was adapted for the big screen, Oceans Eleven was a winner for action lovers, and indie-minded fans enjoyed The Royal Tenenbaums.

On TV, popular long-running dramas Law & Order and ER were joined by the newer CSI, and folks laughed along to Friends, Will and Grace, and Everybody Loves Raymond.

Listen to a Spotify playlist of music from 2001 below.