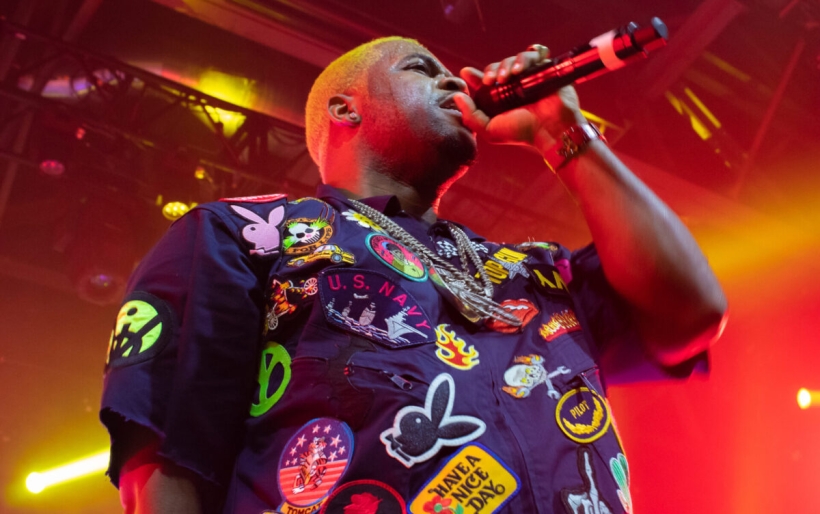 At 31 years old, A$AP Ferg in theory would have an audience that matches who he is and where he comes from: an African-American millennial from an era back when Harlem was still the hood. While this is still a portion of his fan base, much of who showed up to his concert this past Thursday at The Fillmore was a bunch of Generation Z white kids who may or may not be from the suburbs.

It was safe to say that much of the audience was under 21, so much so that the bar that is normally unrestricted was barrier-ed off with security standing guard.

Despite the cultural and age differences, the youthful spirit was a perfect match for the high energy of A$AP Ferg and his opener MadeinTYO.

The Fishtown venue was about half-full for MadeinTYO’s performance. He played fan favorites like “Uber Everywhere” and “Skateboard P.” MadeinTYO later accompanied A$AP Ferg during his performance for “Ned Flanders.” His seemingly boundless energy complimented the vibes of the highly anticipated headliner.

By the time A$AP Ferg made it to the stage, the crowd was sufficiently primed and ready. A$AP Ferg kicked off the set with his signature “whooo-hooo” adlib and set the stage on fire with “Floor Seats,” the first single from his latest album with the same name. The track gives 90’s motorcycle racetrack vibes, a theme that was kept throughout his performance with the sound of cars zooming past every now and again.

At one point, A$AP Ferg invited four young women to the stage, some appearing much younger than others; a few of them offered the artist a seductive dance. As the ladies were departing the stage, A$AP Ferg whispered something in the ear of the younger-looking ones; she had a look of surprise and shock on her face as she exited. As A$AP continued on, preparing for the next song, a bra flew on the stage and grazed the top of his head. This prompted him to ask for women in the audience to show their breasts. While his wish was granted, the vibe was a bit uncomfortable, mostly due to the fact of how young the ladies appeared. (At least the event was 18+.)

A$AP Ferg finished off the night with classic hits like “Shabba Ranks,” “Work Remix,” and “Plane Jane.” Overall, Ferg put on a spectacular performance for a highly responsive audience.