The Key's Year-End Mania: Yoni Kroll's top Instagram accounts to browse while you're waiting for the gig to start - WXPN | Vinyl At Heart 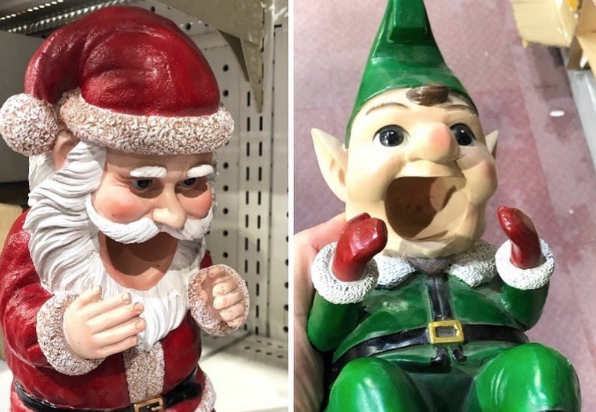 The Key’s Year-End Mania: Yoni Kroll’s top Instagram accounts to browse while you’re waiting for the gig to start

Year-End Mania is the Key’s annual survey of the things below the surface that made 2019 incredible. Today, Key writer Yoni Kroll shares his favorite Instagram accounts to keep you entertained during concert downtime.

I go to lots of concerts and for the most part they tend to blur together into one big noisy mess, though not necessarily in a bad way. But some shows do stick out: because of a particular band, or a memorable set, or whatever.

One that I think about often is the time in summer of 2015 when I saw Tenement, Big Zit, and Holidays in West Philly. While it was, I’m sure, an excellent show musically – all those bands will forever be amazing and I’m pretty sure this was one of the very rare non-solo Holidays gigs – I don’t actually have any specific memories of the sets. No, what sticks out about this one is that it was done, start to finish, in an hour and nine minutes. That’s three bands including set-up and everything else in less time than it would take you to watch the Star Wars Christmas Special. Not like you should do that.

That’s the exception to the rule. Normally shows take FOREVER and all you can do when the band isn’t playing is stand around awkwardly and look at your phone. That’s my strategy, at least. I guess you could try and talk to people but there’s always somebody tuning a guitar loudly and you’re trying to hear yourself over that and it’s just never ideal. I remember trying to bring a book to a show back in the 90s. A book! Can you imagine? Thank goodness it’s the future and there’s a whole world of potentially interesting time-wasters out there to scroll through.

With that in mind I figured I’d put together a list of my favorite Instagram accounts to look at while waiting for the band to finally start playing. Obviously this could be three times as long but I was trying to focus on both local accounts and one’s that post often enough that there’s lots to look at.

@perryshall: Your pal and mine Perry Shall – who incidentally is the person who booked the aforementioned record-breaking show – has made a name for himself in recent years for his fantastic art, his absurdly huge vintage t-shirt collection, and his bands, most recently Wild Flowers of America. His Instagram is a cool mix of all that: one day it’s the design for a posthumous Link Wray 7″ that he did for Dan Auerbach’s Easy Eye Sound label, the next it’s the fencing outfit Steve Nieve from Elvis Costello & the Attractions wore on the cover of that band’s album Goodbye Cruel World that Perry just happened to buy on eBay recently, and the next it’s one of those great Bob Sweeney-directed videos for a new Wild Flowers song. You can’t go wrong here, that’s for sure.

@jonwurster: You might know Jon Wurster as the drummer for Superchunk, the Mountain Goats, and a ton of other bands. Maybe you know him from one of his many personas on The Best Show. Maybe you go back far enough to remember him as a snot-nosed punk teenager in Philly in the early 80s (as memorialized in the Dead Milkmen song “Stuart”). But did you know that his Instagram account is one of the funniest and most irreverent on the platform? Between #mynewworstfriend and #rocknrollweirdness there is no end of hilarious and hilariously bizarre posts to check out.

@artpunkkill: Maybe it seems a bit too meta to be at the show and to look up pictures and flyers from old shows but everything on the artpunkkill account is absolutely amazing. Run by Martin Sorrondeguy from Los Crudos and Limp Wrist, this is a fun and regularly updated mix of punk ephemera including shots taken by Martin over the decades he’s spent in the scene. If you’re into that and want more, I’d recommend checking out @delaware90shc and @eastbound2fkd, both of which are similar but focused more on Philly-area history.

@santillopizza: I follow a number of food accounts on Instagram but the one that always manages to catch my eye is this small pizza shop in Elizabeth, New Jersey. It’s not just the mouth-watering pizza that’s the draw, but it’s owner Al Santillo’s attitude and charm and the obvious pride he takes in everything he makes. The shop itself has been around for a century and by all accounts hasn’t changed that much during that time. Read about it here, give that Instagram a follow, and make plans to go to Elizabeth and get a pie.

@hatiwgphilly: The Healing and Trauma Informed Working Group Philly is an organization working towards “transformative justice surrounding interpersonal violence/abuse in our community.” Their Instagram is a really terrific collection of resources for ways we can all do better when it comes to how we treat ourselves and others in the community.

@inzane_johnny: I hate to inflate the ego of someone who obviously already thinks highly of themselves but this meme account by John Olson from noise act Wolf Eyes is some of the funniest and most ridiculous stuff out there. Highly recommended for any and all music dorks.

@chucktreece: Even though I can barely ollie (okay, I actually can’t) I’ve been transfixed by skate videos since I was a kid. There’s something beautiful and exciting about watching someone seemingly break the rules of physics while hurtling through the air on a piece of wood and some plastic wheels. Chuck Treece, on the other hand, can not only ollie but he was actually in those skate videos back in the day. You know, when he wasn’t making some of the greatest skate punk with his band McRad. These days Chuck still skates and still makes music – he’s been an in-demand session musician for decades and has played with literally everyone – and his Instagram is a wonderful mix of all that.

@johnvettese: Keep up with all things happening at The Key and @wxpnfm by giving my editor John Vettese a follow! Not only does John do a great job at documenting everything happening here – including tons of behind-the-scenes stuff – but he goes to more shows than almost anyone else and is always posting some awesome pictures from all of them.

@seltzerflavors There are many reasons to like seltzer: it’s delicious, it’s refreshing, it’s better than booze or soda. I mean, I guess there are people out there who are haters but really they’re just wrong. And if there’s anyone who can tell you every single reason they’re wrong, it’s Philadelphia artist Kate Rath, who runs an account that’s dedicated to the bubbly beverage. Not only are Rath’s illustrations hilarious but they’re oftentimes wonderfully touching. Crack a seltzer and check it out!

@catatonicyouths: Imagine all the worst music videos. The ones that are just plain horrible. The ones that are purposely and unarguably offensive. The ones that make absolutely no sense. Now make everything ten times as bad and that’s the stuff you’ll find on this Instagram page that coincidentally is curated by a local, though I’d include it in this article no matter what. It’s all, in a word, wonderful. And terrible. Both!

@chonkymrb: What’s a list of Instagram accounts to follow without a cat? Cats are practically sacrosanct when it comes to the internet and I’m not going to mess with tradition. This is especially true because the cat I’m telling you to follow is an internet celebrity of epic proportions: Chonky Mr. B aka BeeJay, a very large tabby from Philadelphia who was languishing in a shelter until he went viral and was immediately adopted. Now you can follow his daily exploits on Instagram, which is awesome.

There you go! Never be bored at a show again!