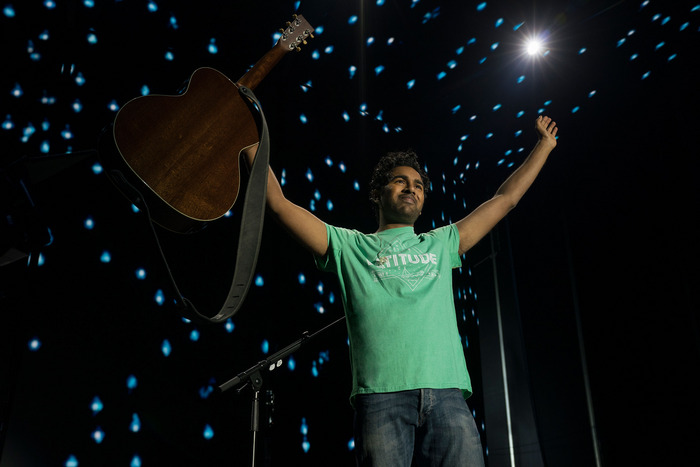 Year-End Mania is the Key’s annual survey of the things below the surface that made 2019 incredible. Below, A.D. Amorosi recaps some of the songs he loved from film and TV soundtracks this year.

Beyond the popularity of synch cues and the tie between certain songs and commercial / ad revenue, the match of sound to vision and music to image is a pretty undeniably stark and memorable one. Whole films or series have been rendered useless when honing in on the focus of a scene matched to its soundtrack. This year, it’s not just films that, when laced with its song-score, made fresh memories – several television shows or stream-able series did the similar trick.

The series is still ongoing, so I won’t give too much away here, save to say that Reznor and Atticus Ross’ slippery, sensual electronic bouncer is a sweaty Midnight Express-like trek through what seems like a simple interrogation. And wait for their plaintive piano-led ambient lullaby version of Bowie’s “Life on Mars” soon – it’ll draw tears.

Yesterday and The Beatles’ “The Long and Winding Road”

This one is easy, as the Danny Boyle film, overall, wasn’t so hot. Yes, The Beatles’ music triumphs, blah blah, yeah yeah yeah, in a world where the Fab Four never existed. Interesting premise. Bland cinematic outcome. Still, the one scene where Ed Sheeran challenges the film’s protagonist Jack Malik to an on-the-spot songwriting competition only to have his challenger pull out McCartney’s lonely love song is a keeper. “I’m Salieri to this guy’s Mozart,” says Sheeran, walking out of the scene. Too true.

Mindhunter and Roxy Music’s “In Every Dream Home, a Heartache,”

As creepy as David Fincher’s Netflix series about the early days of serial killer criminology was, hearing Roxy Music’s slow dazzler playing in accord with the story of the BTK Killer and a woman shaken by the horror she’s surprised with (visually and sonically as part of the scene) takes your breath away.

Jordan Peele’s doppelgänger horror film and its up-up-with-people motif get a ringing rap elegy when the two Lupita Nyong’os – the evil Red in Us and the not-so (or is she the bad one) Adelaide – fight it out to this rhythmically askew track.

“I’m tired of those shots of women who own banks and they’re empowered, and then they… that’s bullshit,” said Laura Dern’s Renata on HBO’s Big Little Lies, before going into a full body slump. When she comes back, Renata is opening her arms diva-wide and mouthing the words to Ross’ attitude-y disco smash, and owning the room. The series was a caustic black humored surprise, and so was this scene, especially considering the social downfall around the character.

This is at the top of every critics list, and for good reason. Seeing Todd Philips and Joaquin Phoenix’s Arthur Fleck go from meek and mild to mean and wild, all to the uncomfortable groove of a convicted pedophile at his 70s footballer best, is moment to be shaken by.

Russian Doll and Harry Nilsson’s “Gotta Get Up”

Natasha Lyonne’s autobiographical Nadia lives her life and various deaths over and over to Nilsson’s peak 70s genius piano plinking tune, “Gotta Get Up.” I’m still hearing it months after I watched the Netflix series.

As the opening long tracking scene in the new Martin Scorsese film, this slow walk through a Philadelphia nursing home where DeNiro’s remorseless killer, Frank Sheeran, is waiting to die is the very opposite of the sexy stroll through the Copa in Goodfellas. Accompanied by an elegant but eerie song about the things that go on in the dark makes this mob drama all the more haunting.