The Skeleton Key: From Blackalicious to Dan Higgs, grindcore to roots reggae, Philadelphia truly is the center of the world this month - WXPN 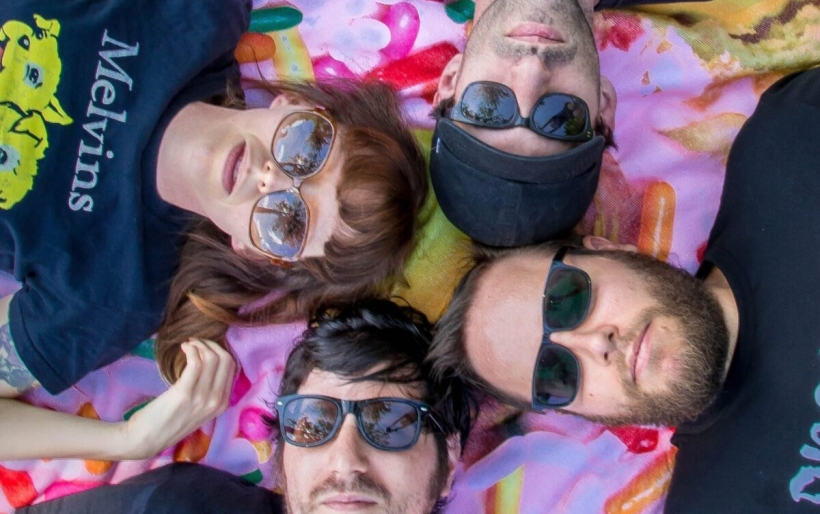 The Skeleton Key: From Blackalicious to Dan Higgs, grindcore to roots reggae, Philadelphia truly is the center of the world this month

Philadelphia! Are you ready to spend every day of the next two weeks at the gig?? I know I am! Welcome to the second Skeleton Key of January. Not only will we run through all the news that’s fit to print but I’m also going to do my FAMOUS CRYSTAL BALL PREDICTIONS for 2020! That’s when I tell you about all the exciting things to look forward to in the next few months. You know, like that Einstürzende Neubauten show at Union Transfer that was just announced for Halloween. Amazing!

Okay, fine. My predictions are not that famous. But I did this as part of our End of Year coverage in 2018 and I’m not just tooting my own horn here when I say that all my predictions were pretty spot-on. You can see them over here.

This column is as always long enough and so this will be the more cut and dry version of things to look forward to in 2020. I’ve broken it down into four categories: NEW MUSIC, VENUES, IMPORTANT SHOWS, and the wildcard ‘PAY ATTENTION TO THIS’ category. Also it’s all hyperlinked so be sure to check out everything I’m talking about.

Obviously there is no end to bands putting out albums – for better or worse – but there are a few records that I’ve been looking forward to for a while now being released this year.

This is a lot quicker to get through: PhilaMOCA just got their zoning approved, LAVA Space will be back in the next couple months after a close to two year battle with people who were trying to steal the building from the collective, and Space 1026 will soon be open for business at their new location at 844 N Broad St. This is all very exciting, especially considering that we lost the Batting Cages in 2019.

While not everything is posted that far in advance, there are certainly a number of exciting shows that have been announced in the next 12 months that we can touch on:

I’m very excited by all the historical excavation work that’s being done by folks including Chuck Meehan of Mace Canister Recordings and Max Ochester at Dogtown Records. I’ve talked to both of them extensively and I’m stoked there are people who are not just interested in discovering lost records but also able to put them out into the public sphere. I can’t wait to see what both of them dig up in the coming year.

But enough about the future! What about now! Let’s get started with the calendar. If you want to argue about any of my predictions you can find me behind the DJ booth at Johnny Brenda’s with the inimitable Dana K of WPRB at 4pm today playing some happy hour punk. Tonight there’s a few things going on including Ikue Mori – that’s the drummer of famed no wavers DNA – at a Bowerbird show at The Rotunda with composer Charmaine Lee and the Fire Roast tape release at Cousin Danny’s with Cult Objects, Lily & Horn Horse, and The Beeps.

Tomorrow during the day you should be sure to check out the Tribe Called Quest exhibit at the Philly Art Collective Gallery at 3rd and Vine. While the event is free they are taking donations to open the Black Bird Community Center, a proposed “space for black and brown youth to learn and explore multi-disciplinary arts.”

In the evening living legend and somewhat recent Philadelphia transplant HR from Bad Brains and his Human Rights band is playing Kung Fu Necktie with Eastern Function and OG Philly skate punks McRad featuring Zeke Zagar. Down the block at Johnny Brenda’s it’s the final show of South Philly garage rockers The Whips. Dark Web and Lil’ Bambinos will be opening that one.

Tuesday night Static Brothers and Durian are playing a hip hop, noise, and grind show at KFN, which is just plain rad. There’s a long history of cross-pollination between all those genres and I’m always happy when that kind of mixed bill gets announced. On Wednesday Joe Jack Talcum from the Dead Milkmen will be doing a special set of Daniel Johnston songs at a screening of the documentary about the late lo-fi songwriter at World Cafe Live.

Thursday it’s the third of the Lame-O Records residency shows at Boot & Saddle. I know nothing will top Menzingers and Gladie – that’s the new-ish members of Cayetana and Three Man Cannon band, who posted a track from their debut LP recently – which is what the lineup was on the 16th, but that shouldn’t keep you from going to see Cave People, Ilahlia, and a solo version of Slaughter Beach, Dog. Unlike the final gig, which is on the 30th with Queen Jesus, Kite Party, and Tigers Jaw, this one isn’t even sold out!

While Dischord Records’ post-hardcore darlings Lungfish never officially broke up, they also haven’t played a show in more than 15 years. Thankfully the members are still active in other bands that come through on a semi-regular basis. I try my best never to miss any of them, especially lead singer Dan Higgs and his myriad mystical drone rock projects. One of my favorites was when he fronted the Swedish band Skull Defekts for a tour that made a stop at Danger Danger Gallery in 2011, pictured below, but he is just as captivating, if not more so, all by himself. Higgs will be playing at Brickbat Books on the 24th alongside tape loop magician Lauren Pakradooni aka Tether at what is sure to be one of the most interesting and fun shows of the month.

Also that night Kal Marx is at Kung Fu Necktie with King Azaz – new album in 2020! – and Nine of Swords and over at World Cafe it’s a benefit for the Black Music Therapy Network Scholarship with a fantastic lineup of Solarized, Danjomar, Catbite, and more.

The following afternoon at Brewerytown Beats the Great Circles label is having a showcase with sets from Radere, Westov Temple, and Ultraesthetic. Bonus: this will be the record released for the new album from Radere called I Do Not Want What I Have.

Great Circles were nice enough to give us an exclusive preview of one of the tracks:

Stay on that side of the river and right before nightfall head over to the Discovery Center in East Fairmount Park just a mile away from the record store for the second Sonic Sunset show of the month. The ongoing series is “an ode to Strawberry Mansion,” according to their Facebook page: “It’s an ode to the Reservoir, to a new beaten path on the very ground that John Coltrane walked. Sonic Sunsets exist with the intent of honoring African American history, music, and ecological justice.” This concert features performances from ambient electronic musician Chaka Benson and singers Aaron Pond and Kate McGuire.

Sunday night you have a choice: a seriously good garage and post-punk gig at Ortlieb’s with Televisionaries, The Out-Sect, and Spados or the Blackalicious and Reef the Lost Cauze show out in Ardmore or a northern New Mexican orquesta típica at the Calvary Center in West Philly. Since the other two are pretty straightforward – you remember “Make You Feel That Way” and “Alphabet Aerobics” I’m sure! – let’s talk briefly about that last one.

Lone Piñon is at its core a string band playing instruments you might recognize like fiddles, upright bass, mandolin, and guitars but also the vihuela and jarana huasteca, both Mexican instruments that resemble the lute and mandolin respectively. The group has been around for a number of years and were honored by the Library of Congress in 2018 for their contributions to New Mexican traditional music.

That brings us to the last week of January which starts off with a Fire Museum Presents show up at the Evangelical Lutheran Church of the Atonement in Fishtown with improvisational ensemble Earth Tongues from NYC and locals Unseen Rain.

While I don’t have much on my calendar for Tuesday or Wednesday, the last two days of the month more than make up for it. Thursday night you need to decide between Philly house innovator Lady Alma at World Cafe Live and a truly inspired rap lineup at Johnny Brenda’s with Billy Woods, Elucid, Moor Mother, and Shrapknel. Friday is no different seeing as Queens hip hop pioneers Beatnuts are at Kung Fu Necktie but over at the Philly Museum of Art it’s the Friday Remix with performances from Madam Data, experimental dancer Nicole Bindler, an alternate take on American art with Wit López, the first of what I’m sure will be many local Sun Ra Arkestra performances this year, and more. Decisions decisions!

Alright, that is it for January. As always, you can pass along those hot tips via Twitter at @talkofthetizzy. See you in the future!