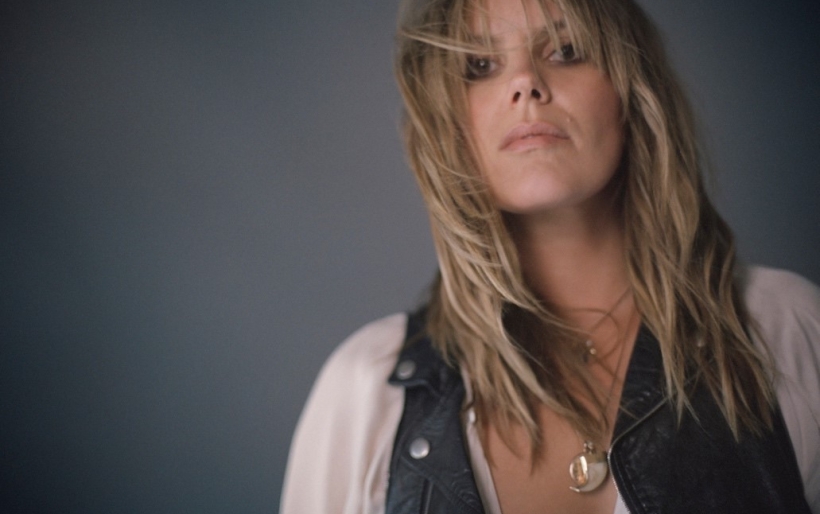 Grace Potter | photo by Pamela Neal | courtesy of the artist

Grace Potter on embracing her truest self with Daylight

A lot has changed in Grace Potter’s life since the release of her 2015 album Midnight, including a divorce, marriage, and newborn. The Vermont native considered forgoing music but steadily wrote through the turbulent period, intending to keep these songs private.

Committed to engaging with her feelings, a collection of songs that make sense of the uprooting and recalibration in Potter’s world emerged. Expectedly, her genre-hopping powerhouse voice is front and center on the songs that became her newest record, Daylight.

Grace Potter will be performing a sold-out Free at Noon concert at World Cafe Live this Friday afternoon, January 24th; tickets are still available for her show at The Fillmore that night. Ahead of both, we caught of with Potter via phone to talk about following her calling, finding her voice, and staying inspired.

The Key: How are you doing, Grace?

Grace Potter: Oh, I’m fantastic. I’m having the best two days off ever. We’re in Asheville, North Carolina and we’ve just had a couple of family days. We get off the bus and relax together in a real house.

TK: I’ve never been to Asheville, but I hear it’s similar to Burlington!

GP: Totally. That’s one of the things that drew me here early on. This is definitely one of those places I keep coming back to because there is something familiar about it.

TK: Awesome. Let’s get into some questions. One of the things I find incredible about you is since the age of three, you’ve known you were put on this planet to be onstage and create music. What has it been like to walk through life with such a crystallized vocation?

GP: It’s interesting because even though I’ve known my purpose, I fought against it. At times, it has felt like I could be doing something else, even though I wouldn’t be as good at it. I’d at least have worked really hard for it. Sometimes, it doesn’t feel like I’ve earned it, you know, doing music. It’s just, it comes so naturally. It’s such an effortless part of my existence.

No one’s asked me that question before. So I’m sort of walking myself through the way it feels to have known that it’s my job. I think I’m more at peace with it now because I’ve tried other things. I took some time off and I did actually consider letting music be not even be on the back burner but absent from my life. After that, it became easier for me to recognize that I’m definitely supposed to be making music.

TK: Yeah, that makes a lot of sense. There’s a pervasive idea that we have to suffer for our art. Suffering feels like a main ingredient of worthiness in the creative world.

GP: Yeah. That’s a really good way of saying it. I think about my sister who struggled through art school and then struggled to pay off her debt from going. I mean, everybody I know who does music works hard at it. My band mates work their asses off. They sit there at rehearsals and they love to play. When they get up in the morning, they can’t wait to get into their mode of playing music and fine tuning things and correcting mistakes. And I just can’t think of anything worse in the whole world. I think the reason why is because I want to do is something I can’t define. And the second that I start to sort of break it apart and put it back together in a way that makes sense, I lose the spark of inspiration, the creativity. My work is figuring out how I can correct mistakes and how I can improve and expand as a musician without losing the inspiration and creativity behind it.

TK: When I think of singers who have mastered the range and stylistic breath of their voice, you always come to mind. I know that you came into this world with a pretty developed gift, but can you maybe take me through your vocal evolution from emulating folk musicians at the Vermont farmers’ markets to really obtaining the vocal prowess you have now?

GP: I ended up sounding like the things that were in my orbit. When I was with The Nocturnals we would listen to JJ Cale and Neil Young and that became the language I spoke. It wasn’t imitation so much as trying to understand what they were doing so that I could make it better. I have this weird thing where I’m like, I can do it better. When I was a kid, I listened to Madonna or Michael Jackson and thought, “okay, well if I had sung this, I would’ve done it this way.”

That part of me never changed. It’s brought about a lot of growth in my voice. I think mainly by allowing me to identify where my instincts take me in a phrase, how I feel like emotion could be better expressed if it deviated from the original melody. Also choosing where to deviate and where to color within the lines, as to not completely deconstruct a song to the point where it is unrecognizable. But I think the main evolution for me was coming into my own as a live performer. When I was younger I had a very delicate voice because I was in choir and was singing with a bunch of other kids. In some of my earlier material, you can totally hear my breath. To step out and really conquer that energy and that support takes a lot. I discovered the nuances of songs up on stage.

TK: I hated choir for that reason! I was that kid who would belt over everyone else.

TK: I have a question about rules and when it is beneficial to break them or maybe abide by them. This comes from reading about something that happened early on in your career when a musician and icon of yours contended you would never make it if you dressed or emoted in a way that could be perceived as provocative. What advice do you have for people, and women especially, whose identity clashes with the systems that they are trying to succeed in?

GP: The second you stop placing yourself anywhere, you open up the entire universe to where you can go. I know it’s really hard to do this. In those early days with The Nocturnals, I was wearing cowboy boots and jeans because I wanted to look the part and fit in with the boys. It was only later that I realized it’s so ironic people think that was the genuine me. That was probably the most conformist version of me in my whole musical career. But it was really hard to transition out of that and own what I needed from the world, what I wanted to present from the world, and my sexuality.

I’ve really taken a huge amount of effort and time to consider what people think of me and then be aware of it and then throw it the fuck out the window and just be as present in myself and as completely honest with myself about my mood and my intuition. Some days I put on jeans again because I don’t want to rub bronzer all over my legs or I didn’t shave or whatever it is. There are a lot of reasons why people change their mind and I think it’s beautiful. I think it represents what a whole human should be. When I see musicians who have had to try to recreate one version of themselves for their whole careers, they seem a bit like a caged animal.

TK: You’ve characterized your most recent album Daylight as chronicling the ability to take complete ownership of your feelings without anger or hate or shame. How did you conjure and ventilate uncomfortable emotions like anger and hate and shame to make room for love on this record?

GP: I love that question. You know, it took a long time. And I love the word ventilate cause that’s exactly what I needed to do. If you listen to the record, there are a lot of moments where I have massive expressions of raw releases. “On my way” is a good example. On “Love is Love” there’s a controlled, soaring note that really kind of let’s go with abandon. It’s like letting all the weights off of a hot air balloon.

On my album Midnight, the outro of “Delirious” is very similar in that I was really hurting and upset. My band was falling apart and I was feeling abandoned. I was licking my wounds but also empowered and like, emancipating myself at the end of “Delirious.” It still makes me cry when I hear it because I remember breaking down in the studio and being so grateful that I had my voice to express what I was feeling. But on Daylight, I think it is less obtuse. I think I had more patience. Time passing kind of gives you that perspective. And so by the time we were recording the album, I was full of gratitude for everything that had happened and I was full of willingness to go there and go back into those shadowy places and explore them vocally without being so consumed in it.

TK: Something that I have talked about interviews and think about in my own life is that the only way to transmute an emotion is to walk right through it.

GP: And walk through it again and again. Sometimes I don’t want to write a song cause I’m not ready to make a decision on how I feel about something. That’s one of the reasons why “Love is Love” scared me so much when I wrote it. It was saying all the things I was so afraid to say out loud. I was so consumed by this feeling that I had no control over. And the fallout of what was happening in my personal life was still very real and very raw. But in general, yes, that’s the number one way to process.

TK: I have a question about Cosmos. I know you’ve been captivated by the show since childhood and I believe you named your son Sagan, after Carl Sagan.

TK: When I learned of this, I thought of how your song “Stars” makes space for both science and mystery, which I love. When has making music required you to hold incongruous truths?

GP: Music is my way of putting all my questions into a suspended place. It’s where questions exist and it’s where feelings exist when, especially opposing feelings. I process it all through my imagination. There’s a sense of peace that I get from knowing that it’s okay to not have all the answers.

TK: Yes, I’m moved by songs that lay out all the contradictions of the human condition without trying to offer a resolution.

GP: Thank you. The meaning of “Stars” has changed overtime for me because, you know, in the song I say “I can’t look at the stars,” but clearly I like looking at the stars. We have a telescope we use to explore stars while on tour. So I do look at them and now. My friend Jessica Meir is on the international space station as we speak. So when I sing that song now I think about her.

Grace Potter plays The Fillmore Philly on Friday, January 24th. Tickets and more information on the show can be found at the XPN Concert Calendar.