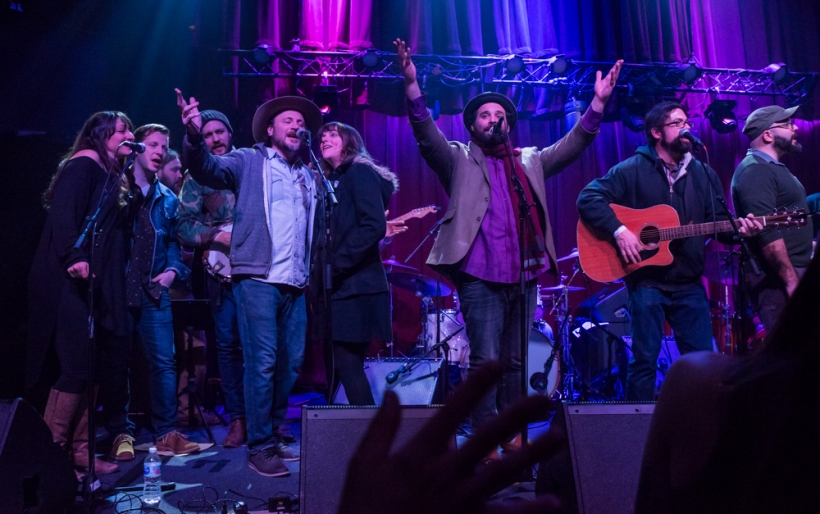 A large gathering of Philly musicians from the roots / Americana / jam rock scene converged on Ardmore Music Hall on Thursday, celebrating the writing of longtime Grateful Dead lyricist Robert Hunter, who passed away in September at age 78.

Artists took the stage solo and in small ensembles, performing more than 40 songs penned by Hunter, with a massive full cast singalong of “Ripple” ringing out at the end of the night.

The Key’s Ellen Miller was there, capturing photos throughout the night. Check out her pictures and see the setlist down below.