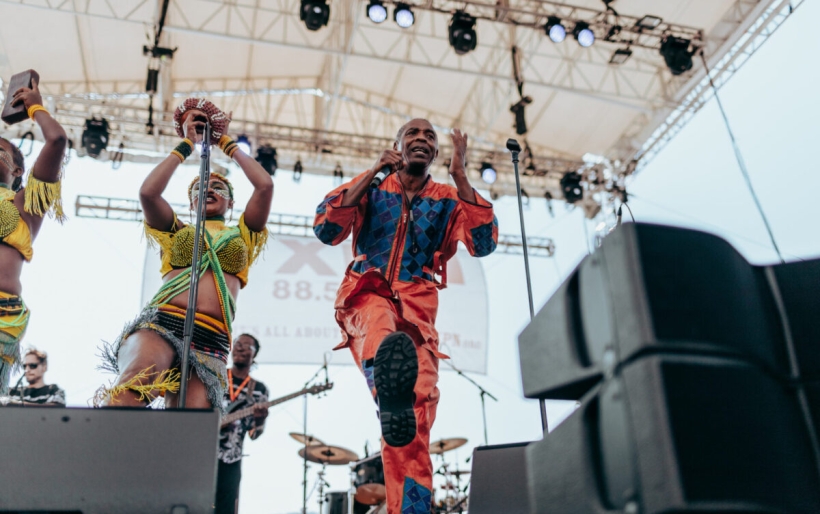 Femi Kuti and the Positive Force | photo by Ashley Gellman for WXPN | agellmanphotos.com

Saxophonist, percussionist, and band leader Femi Kuti is going on tour this spring and summer, with a headlining date in Philly on Wednesday, June 17th at World Cafe Live.

Kuti has been carrying the Afrobeat torch since the 80s when he played in his father Fela Kuti’s band Egypt 80. He and his own band The Positive Force are two-time XPoNential Music Festival performers, once in 2016 and again in 2018, and Kuti’s most recent album, One People One World, was released via Knitting Factory Records in 2018 as well.

Femi Kuti’s World Cafe Live appearance goes on sale on Thursday, January 30th at 10 a.m., and more information can be found at the XPN Concert Calendar. Revisit The Positive Force’s XPNFest 2018 performance below.