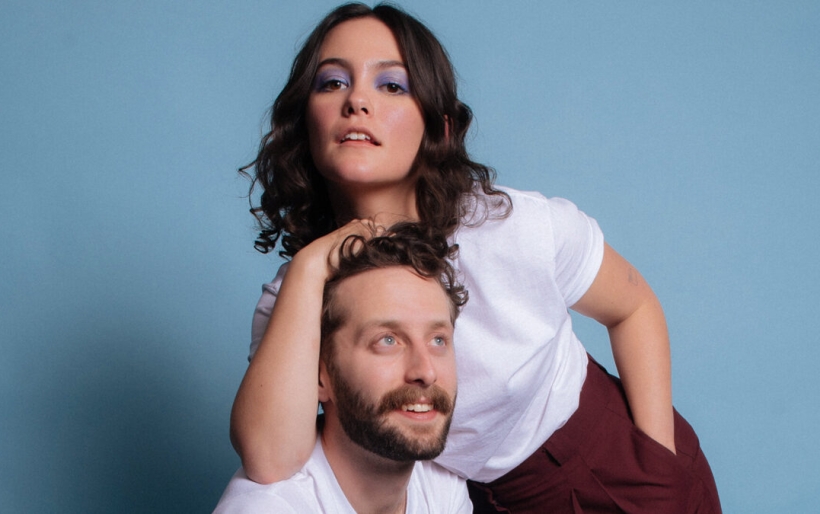 Diet Cig, the duo of Alex Luciano and Noah Bowman, is back with a new single, “Night Terrors.” And in addition to the new tune, the band announced a spring tour that brings two of Philly’s own along for the ride. Sad13 and Thin Lips will join them for all of the North American tour dates, including a show at Union Transfer on May 14.

“Night Terrors” was inspired by Luciano’s real experiences with the sleep disorder, and she compares it to the inability to hide certain things about yourself. “The idea of night terrors also represents the fact that no matter how hard I try to curate a specific and perfect version of myself, the embarrassing, weird, unlikable parts are always going to be there too,” Luciano shares in a press release. “The people I’m closest with will always end up seeing them, when they inevitably come hurling out of me like my night terrors in the middle of the night.”

Diet Cig formed while the pair were students at SUNY New Paltz, and they released their debut LP Swear I’m Good At This in 2017. Speedy Ortiz frontwoman Sadie Dupuis released a solo album, Slugger, under the name Sad13 in 2016 and has continued to play shows with project. Meanwhile, local trio Thin Lips released their most recent album Chosen Family in 2018.

Listen to “Night Terrors” below. Tickets for the Union Transfer show go on sale this Friday, January 31 at 10 a.m.; find more information on the XPN Concert Calendar.