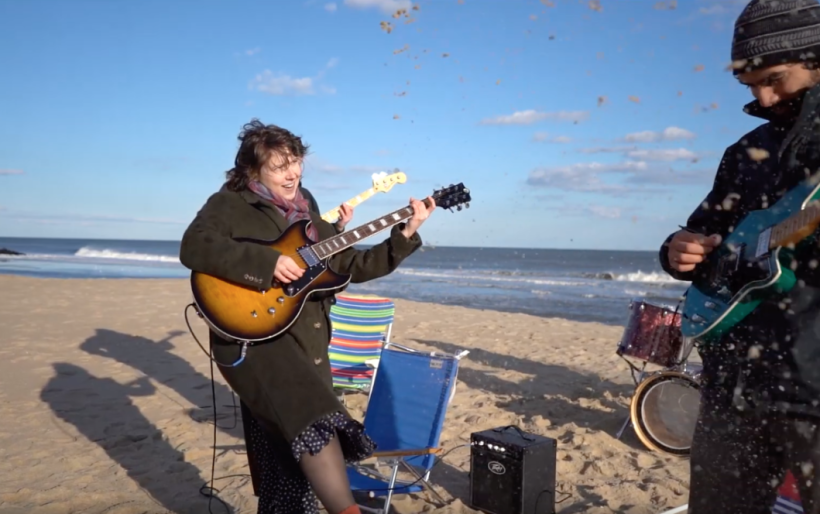 Dream-folk outfit Sea Offs caught our ear with What’s The Point?, their impressive 2017 release that found co-songwriters Olivia Price and Rashmit Arora expanding the acoustic project they began as Penn State students into expansive folk / psych meditations that draw you in and make you feel.

The band has been crafting a follow-up at a measured pace — Price moved to New York to focus on her band Queue, Arora relocated to Philly for a day job — but a new EP En Root is on its way this year, and our first taste of it is a song we were already a little familiar with.

When Sea Offs played a Key Studio Session in 2017, they closed their set with a new song simply titled “Will,” which I described as “a beguiling title that works as a query, an adverb and a person’s name.” That song — in its full title “Will (You)” — opens En Root, and is an emotive slow-burner the builds on the distant thunder of floor tom percussion, as Price sings about self-doubt, emotional complacence, and how to overcome it.

As Price told American Songwriter magazine, she wrote this song “three years too late into an on-again-off-again fling” where she wasn’t getting the emotional stability and support she needed. “Will (You)” finds her coming to terms with that realization:

“The best validation comes from the self and not from a romantic partner. People are fallible and so imperfect, and when you’re dating (at least in your mid-twenties,) it feels like everyone is on a different page and most are afraid to be honest.  It leads to a lot of unintentional hurt. I hope this song reminds whomever needs to hear it that they deserve emotional intimacy as well.”

The new music video for the song was shot on a grey day along the Jersey shore by Timothy Bretschneider and Rachel Turan and finds Price, Arora, and their bandmates dissolving into and out of reality. Watch below, and look for the En Root EP on March 27th. For more on Sea Offs, give their Facebook a follow.