From Notekillers to Western Enisphere, all facets of David First are on display at Bowerbird retrospective this weekend - WXPN 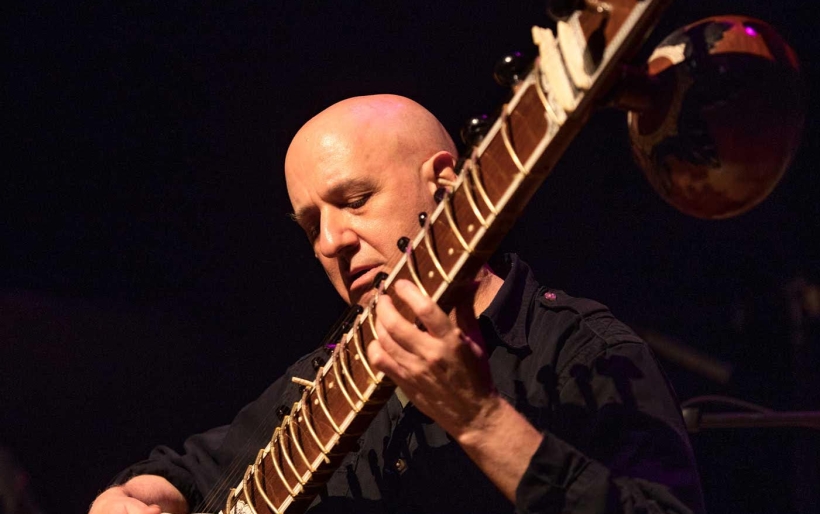 From Notekillers to Western Enisphere, all facets of David First are on display at Bowerbird retrospective this weekend

Time is rarely linear, especially when it comes to music and art. A song written in 1977 can sound just as fresh and relevant in 2020. And while the opposite might be a bit rarer – sometimes it can take a while to realize these things – it is certainly true that original, interesting, and good stuff is constantly coming out. The two-night David First retrospective happening in Old City this weekend is a perfect example of this. “Same Animal, Different Cages,” which is being presented by Bowerbird at Christ Church Neighborhood House, includes songs the noted composer and musician wrote decades ago alongside ones that are just a few months old.

The name itself is a reference to First’s varied career, which started in the free improvisation world and later gained some amount of traction and notoriety with the post-punk band Notekillers – with Barry Halkin, Stephen Bilenky, and occasional member Thomas Johnson – all here in Philadelphia in the late 70s. He moved to New York City in the early 80s after the band broke up and found a home in the experimental and avant-garde scenes there. He has done everything from solo compositions to minimal electronic to drone to rock n’ roll, including occasional shows with a reformed Notekillers, who put out an album in 2010 after being heavily promoted by Sonic Youth’s Thurston Moore. He has played with Cecil Taylor, recorded with Kyp Malone from TV On The Radio and countless others, wrote an opera, and was even the musical director for a Mummer’s string band for a while. As he told The Key: “It’s all the same essence, just packaged differently.”

The title is something he said he originally coined to “describe the tunes I wrote during the first Notekillers era in the late ‘70s,” but has since “expanded it to explain how I see everything I do as coming from the same source and having the same intention, whether it’s an hour-long drone piece, a Notekillers tune, a solo piano work, or my video work.” It’s also been used for a series of compilations of First’s music that Fabrica Records has been releasing over the past few years.

These concerts include a little bit of everything, showcasing First the songwriter, the experimental composer, and the musician. Night one is The Consummation of Right and Wrong, a piece he wrote in 2017 that’s being performed by the eight piece ensemble The Western Enisphere, which features First on guitar, harmonica, and laptop programming. Saturday’s program is divided into four, with a solo piano piece, a composition for piano and percussion, one for full ensemble that also includes a video component and a “rock & roll rhythm section,” and a Notekillers set.

According to Bowerbird Director Dustin Hurt, “The two nights we put together were really shaped by trying to touch on all of the different facets of what [First] is doing as an artist so that the listener can draw connections (and differences) across the different pieces.”

Although First will be playing during much of “Same Animal, Different Cages,” there are a couple pieces where he is solely the composer and the songs will be performed by the Arcana New Music Ensemble, which is a Bowerbird-related group. He referred to that as the “sittin’ in the audience music” portion of the event. “[That’s] when as a composer all I can do is grip my armrests tightly in my seat and hope I did a good job and hope the performers will too,” he said. “But I’ve heard rehearsal recordings and the Arcana Ensemble is doing a terrific job. I’m very much looking forward to it.”

Hurt described First’s music as “minimalist avant rock” or “microtonal drone” depending on the song but said that he was “specifically drawn to it because it is so hard to categorize.” He told The Key that, “In both cases the music is about small shifts across bigger units of time and keeping intensity sustained over that time.”

While neither a First performance or a Notekillers concert is all that rare, having something that combines all these different aspects of his career certainly is. He described it as, “a great honor and an unbelievable opportunity.” As he explained, “For one thing, it’s not easy taking an 8-piece ensemble anywhere that doesn’t simply involve subways and cabs. And even that’s tricky if you want it presented in a way that the music demands. So this is a rare opportunity to do both: play for people in another city and do it with a top-notch organization.”

These concerts might be revisiting music from decades ago but First told The Key that he almost never listens to any of his old songs unless he’s rehearsing one for a show. This is partially because he’s always working on something new. “I rarely listen to my old music. I rarely listen to recent shows I’ve done, or recordings I’ve made once I’ve checked and approved a test pressing,” he said. “In fact, to be honest, I rarely listen to music period. I go out to see friends and colleagues play, but if I’m home I’m either working on music or thinking about music I’m working on, and listening to music is mostly a distraction.”

When it comes to performing those old songs, however, he’s still bringing the same energy he had when the Notekillers first started more than forty years ago. According to First, “… I tried and I think mostly succeeded in tapping into the same vein when Notekillers reconvened in 2004 that I mined in 1977.” The ensuing years have allowed him to gain some self-awareness and become, as he put it, “a little more knowledgeable about things that perhaps I was originally doing more instinctively.”

Returning home to Philly to perform will always be special for First. He told The Key that, “It’s always been a fantastic town for musical talent, but all-too-often they had to leave to make a mark.” This is what he did in 1982 and it wasn’t until the Notekillers were rediscovered twenty years later that anyone outside of the city even knew they existed. “I don’t regret my decision to leave when I did in the early 80s,” he said. “But quite possibly if I were that age now there would be no reason to do so.”