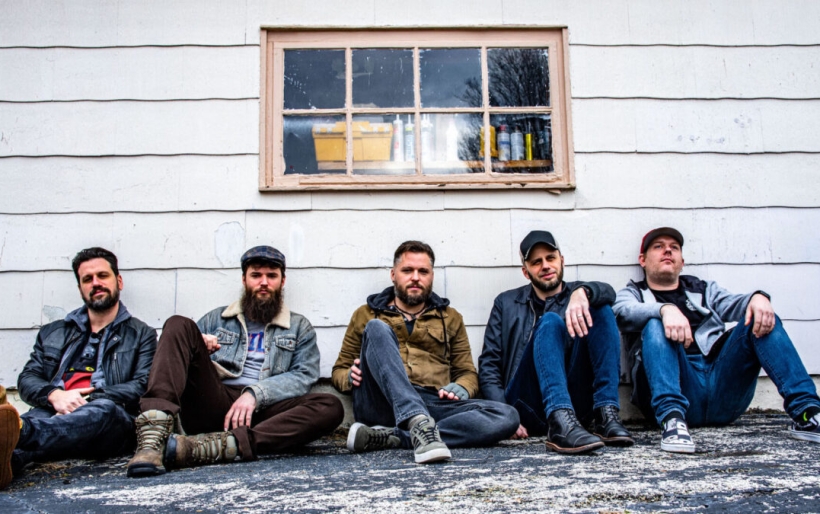 Camera Thief | photo by Stephen Tolton | courtesy of the artist

For the past few years, modern rock five piece Camera Thief has been making a name for itself around the Philadelphia region with earnest, cathartic songs that incorporate booming production, bright piano, and blazing guitars into reflections on our journey through this thing called life.

Camera Thief is made up of singer-guitarist Joe Duffey, pianist Brendan Duffey, guitarist Pasquale DeFazio, drummer Rob DeFazio, and bassist / trombonist and Joe Hartnett. Their album The War Parade, released digitally last month, and recalls a range of artists like Bruce Springsteen, The National, Strand of Oaks, and The Killers. A good place to start is “Starting Fires,” which puts Brendan’s piano at center stage as Joe ruminates on getting older, looking back on our youth and the race through life, while at the same time embracing the road ahead: as he sings on the emotional refrain on the outro, “It’s all of my time and it never stops.”

Take a listen to the song below, and stream the full album via Spotify. The band is celebrating its album release on March 21st at Broken Goblet Brewery in Bensalem on March 21st — more information can be found here — but they’ll play a warm-up show tonight at The Grape Room in Manayunk — details on that gig can be found here.