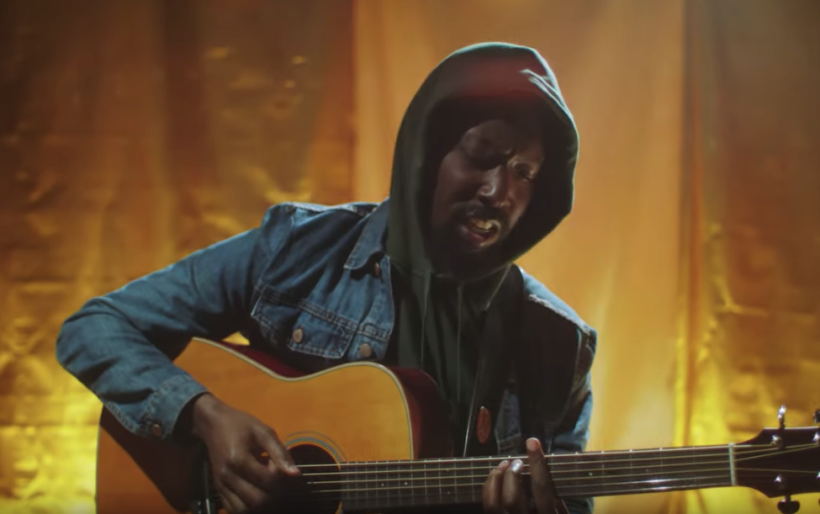 Khemist raises the stakes and the tempo on “Resignation”

“I was put together different,” spits Philly rapper Khemist as he sits in front of a golden backlit drape, rapping at an increasingly higher velocity while strumming an acoustic guitar.

If you’ve caught the Logan Valley MC in concert over the past year, the guitar-slinging rap troubadour thing shouldn’t come as too much of a surprise. His approach is very instrument-oriented, whether it be the full funk band treatment that “I Been On A Budget” gets, or the vocal-and-drum torrent of “It Don’t Get No Easier,” and his gigs typically have a moment where Khemist straps on the acoustic, raps and sings, and leaves the crowd breathless.

The new song “Resignation” is the latest installment of Khemist’s continually-in-progress Khemtrails project, and finds him talking about his struggles to get traction in a music industry that is increasingly based around the all-knowing, all-mysterious algorithm. “I speak of new beginnings, labels say that ain’t trending,” Khemist raps at one point, following it up with “They regret betting against me now that I’m gaining momentum.”

As if on cue, Khemist follows up that last line with a couple bars that practically double the amount of words and syllables contained within, and then doubles them in another couple bars. It’s a breathtaking show of dexterity, and as he drops back down to the original pace for the song’s finality, it’s a fine show of smooth charisma as well.