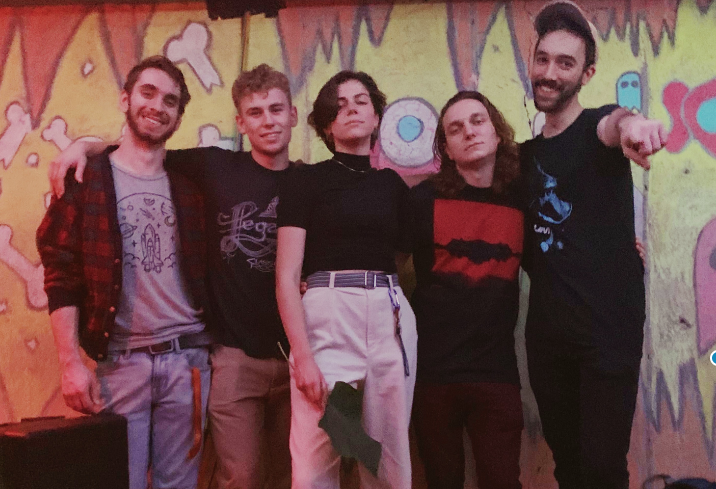 Humilitarian | photo by Clarissa Kear | photo courtesy of the artist

Humilitarian documents its first year together with new self-titled EP

Humilitarian, a new Philly band out of the Temple area, just released their debut self-titled EP, which includes some of the first songs the bandmates wrote together after they formed last year — some during their very first week as a band.

“We believe that these songs provide a representation of our first year as a band,” Humilitarian shares on Bandcamp. Led by vocalist Kira Cappello and lead guitarist Noah Wise, the five-piece mixes in psychedelic and alt-rock influences across the EP’s four tracks. “Hold My Breath” and “Safe in the Center” were released as singles last year, and show two different sides of the band — one driven more by heavy dance beats, the other by atmospheric guitar textures.

Those two singles are now joined by two more tracks: the downbeat ballad “Time to Admit” and the power poppy “Romantic.” Listen below.

Humilitarian plays a show at Original 13 Ciderworks on March 5, at The Khyber on March 20th, and has a few more upcoming local gigs this spring as well. Find more information on the band’s Facebook page.