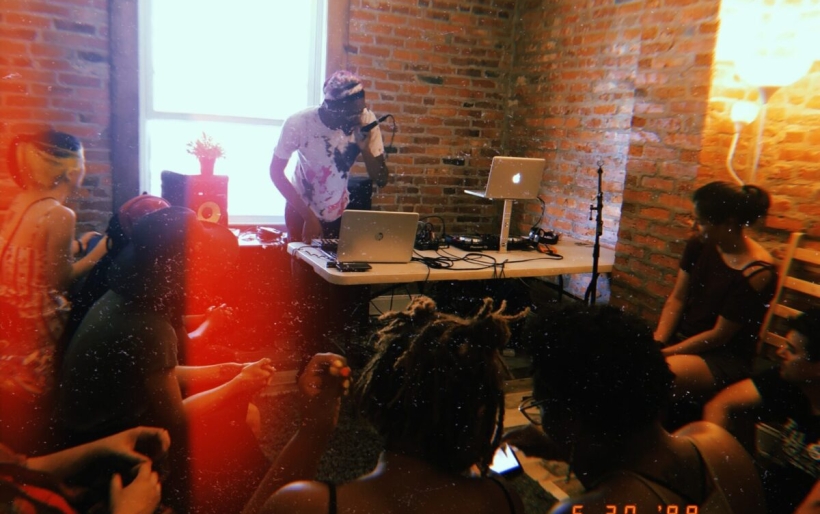 Beatmaker and rhymesayer Savan De Paul has recently relocated from his home Royersford to a new spot in Philly, allowing him to be more immersed in the artistic community he’s explored over the past few years. That ranges from the production heads in the Backyard Bxss scene, where De Paul performed a hazy set last summer, to the activism-oriented Bad Apple Commune collective, where in an interview with The Key’s Alex Smith last year De Paul defined his role as “rap game Bjork.”

De Paul’s beats are trippy and immersive, incorporating vocal samples that sit at the same level of importance as his own vocals. We hear that on “Dead Bugs, Dying Empires,” a mostly instrumental piece from his new project Brood IX, Group 012, which rides a slick FlyLo groove with horns, wobbling bass, and a collage of voices contemplating the collapse of capitalism.

“It’s a short little continuation of the ideas I presented on 2019’s Brood VIII,” De Paul tells us over email, explaining that “Dead Bugs” uses samples “from modern and dead empires (USA, Soviet Tajikistan, Mali, Spain, and the British Empire) [to foretell] the inevitable fall of imperial power.”

Take a listen below, check out Brood IX, Group 012 in full over at Bandcamp, and keep tabs on De Paul’s goings on at Facebook.