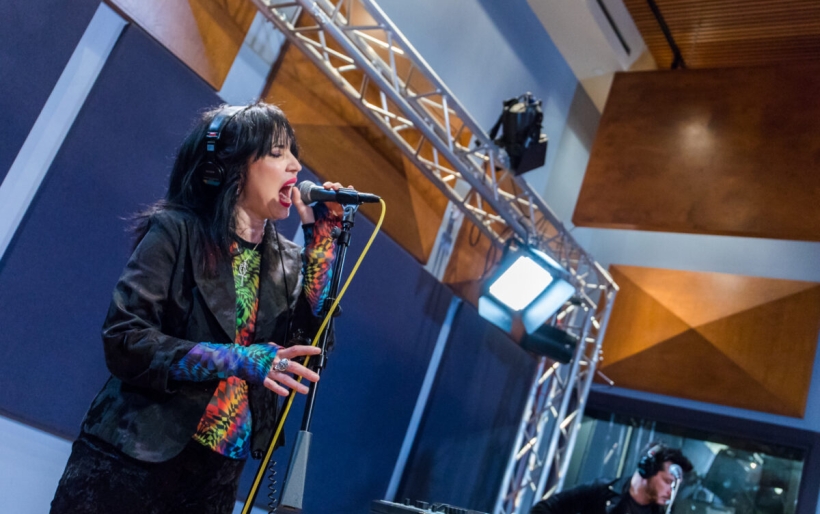 It’s Friday the 13th and Philly rock powerhouse Soraia released their latest record Dig Your Roots today — in the midst of a global health emergency. The winter of coronavirus is probably not the album rollout they had in mind, but the five-piece band is powering through it as best they’re able.

Tonight they play a Vegas-area gig, and then make their way back to Philadelphia for a hometown album release party at MilkBoy next Friday that, as of this writing, is still on. If plans change, they’ll go with the flow, as they have a full calendar of engagements that runs well beyond the other side of the quarantine.

Packed with roaring riffs and raucous drums, not to mention frontperson ZouZou Mansour’s searing vocal delivery, this band provides the energy for whatever sort of catharsis you are in need right now.

Made up of drummer / vocalist Brianna Sig, bassist Travis Smith, guitarist Nick Seditious, and keyboardist John Hildenbrand, Soraia is classic without being classic rock — the raw melodies and gnarly guitar leads on “Dangerous” and “Wild Woman” stem from the punk-adjacent 80s (Joan Jett providing an obvious sonic and stylistic inspiration), while the psychedelic-tinged rager “Quicksand” — a throwback to 2017’s Dead Reckoning — drifts out of the grunge era.

Soraia’s set for The Key Studio Sessions features one other song from that album — the shimmering retro pop song “Wandering Star,” written in tribute to Jeff Buckley — and uses the remaining four songs to showcase Dig Your Roots. Below, watch the band rip up the remarkably poppy “Superman Is Gone” (which shifts into a rocked-up disco mode towards the end) live at WXPN studios via NPR Music Live Sessions, and listen to the performance in full via Soundcloud. More importantly, grab yourself a copy of the album, out today on Little Steven Van Zandt’s Wicked Cool Records. For more on their hometown release party (quarantine permitting), check the XPN Concert Calendar.