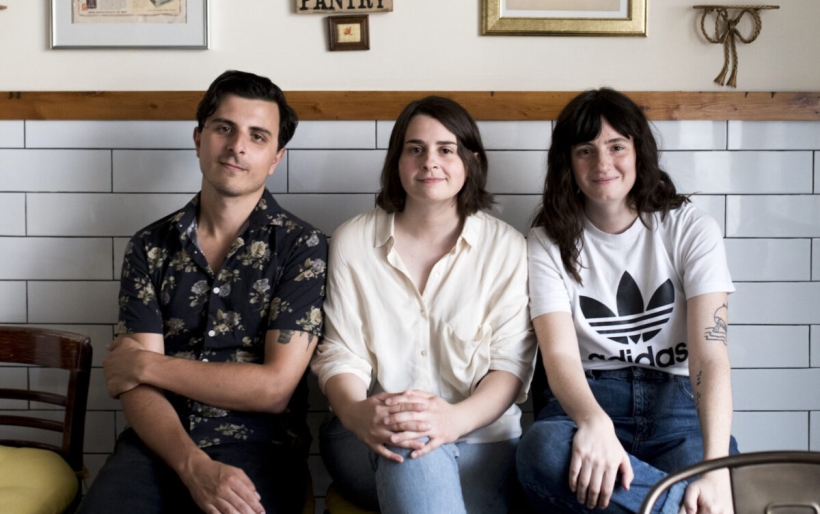 Queen of Jeans | photo by Rachel Del Sordo for WXPN

Queen of Jeans, The Districts and more are playing quarantine livestreams this week

This week, your livestream options range from transcontinental punk shows (more here), day long virtual fests from Home Outgrown Presents and Don Giovanni Records (more here), album release celebrations, and even a music history lecture. Some of our fave newly-announced virtual gigs can be found below.

The lead singer and songwriter of Philly indie rock band Queen of Jeans takes to the band’s Instagram account tonight to play solo and chat with fans. The band’s excellent second album If You’re Not Afraid, I’m Not Afraid released last summer, and the band is scheduled to go on tour in late April and May with Movements and Teenage Wrist…if we’re all allowed out of our houses by then. The performance happens tonight at 9 p.m. ET. [INFO]

At their hometown show the night before the release of their new album, Rob Grote of The Districts joked that the band cursed itself by naming the album You Know I’m Not Going Anywhere. “We’re not going anywhere for a while,” Grote said, and in an effort to bring YKINGA to fans who didn’t catch the first leg of the tour, Grote is playing the entire album acoustically on Instagram Live on Tuesday at 4 p.m. ET. [INFO]

Livestreams are not just acoustic performances and DJ sets. Sometimes they’re freewheeling hangouts, or something more structured and illuminating. This Wednesday morning, the good folks at Philly record store Brewerytown Beats are hosting a moderated talk on the legendary era of Philly soul: “historic Philadelphia theaters, the DJ’s that made or broke the songs, Record labels & above all the music.” It’s a Zoom meeting that begins at 11 a.m. ET. [INFO]

Folky Philly singer-songwriter Todd Fausnacht was set to have a record release party for his new project a description of the inaccuracies between the iris and the mind this Friday. And though the past two weeks changed all that, Fausnacht is still asking fans and friends to spend some time with him and celebrate the new album on Friday at 7 p.m. ET. [INFO]