Checking In With... Eric Bazilian of The Hooters - WXPN 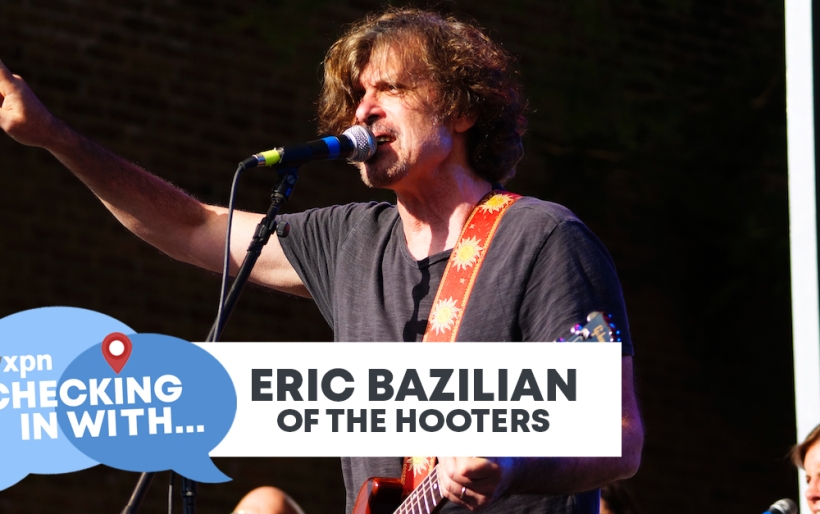 Checking In With… Eric Bazilian of The Hooters

In times of crisis, it’s more important than ever to check in on your friends and loved ones. Here at XPN, we’re Checking In With our extended musical family to see how they’re holding up during the Coronavirus quarantine…and what music has kept them grounded. Today, Dan Reed chats with Eric Bazilian of The Hooters.

Philly native Eric Bazilian is probably best know as the singer and guitarist who fronts The Hooters, though he’s had an equally impressive behind-the-scenes career, collaborating musically with artists from Cyndi Lauper to Joan Osborne. These days he calls Stockholm, Sweden home, and he caught up with us via phone to chat about how Coronavirus has hit his corner of the globe. “It’s not really hysteria over here, hopefully it never will be,” Bazilian says, noting that many businesses (including restaurants) are open but sparsely populated. “They seem to be keeping the curve flattened, as it were, and we’re cautiously optimistic over here. I’m staying in most of the time.”

Below, listen to Eric’s full Checking In chat with Dan Reed, and peruse his music picks.

Checking In With Eric Bazilian of The Hooters

Favorite Song Of All Time: “I Want To Hold Your Hand” by The Beatles

“They’re a Finnish folk band… and even though David Uosikkinen, my drummer in The Hooters, is of Finnish descent and speaks the language, I never asked him to translate the lyrics for me because what they were singing — it’s four women who are singers in the band — what they were singing was so beautiful to me that I was afraid to break the spell and learn what they were actually talking about.”

Song You’re Most Proud of Working On: “One of Us” by Joan Osborne

“It really was one of those things where lightning just struck the right place in the right time. My wife had moved over from Sweden, rather than transatlantic dating we figured we’d spend a few months in Philadelphia, and she asked me how I made a song. Thats’ what came out. And the next day I brought it into our session with Joan, it was me and Joan and Rob [Hyman] and I played them this wacky demo of this wacky song I’d written, and Rob in his A&R genius said ‘Joan, don’t you think you can sing that?’ And the rest is quite literally history.”