Checking in With... Isaac Clark from Honeytiger - WXPN 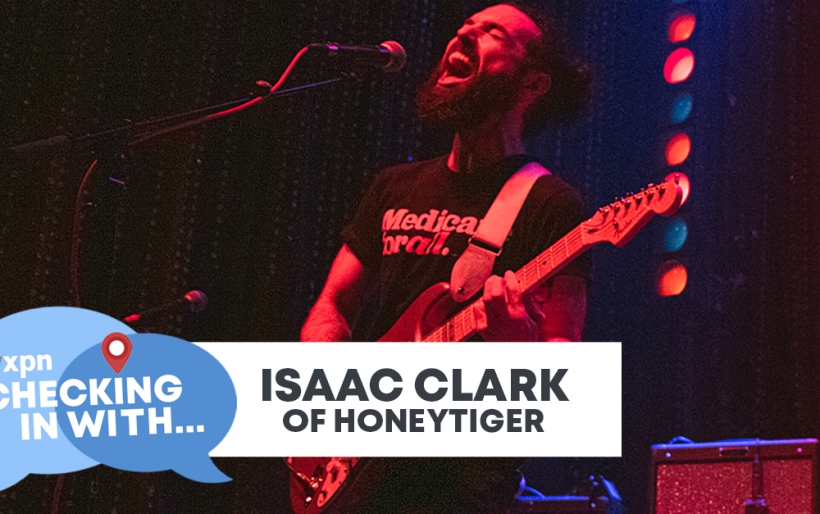 Honeytiger | photo by Dylan Eddinger | courtesy of the artist

Checking in With… Isaac Clark from Honeytiger

In times of crisis, it’s more important than ever to check in on your friends and loved ones. Here at XPN, we’re Checking In With our extended musical family to see how they’re holding up during the Coronavirus quarantine…and what music has kept them grounded. Today, Rachel Del Sordo chats with Isaac Clark of Honeytiger.

Issac Clark is one half of Philadelphia indie rock two-piece Honeytiger. The band put out their most recent album Brain on the Wall last fall on goodhowareyou records. Since the Coronavirus quarantine took effect, Clark says he’s found it difficult to focus on art while being surrounded by so much uncertainty. “It’s a trip trying to balance understandable panic and grief at the abrupt halt of normality with being surrounded inside by things I love.”

Favorite Song of All Time: “Lenny” by Stevie Ray Vaughan

“It is a song I heard when I was around 13 years old and it brought me to appreciate music more as an artform and deep expression of human emotions. When I hear this song, I well up inside with a mix of catharsis and astonishment. After playing guitar for almost twenty years, I still feel in awe of Stevie.”

Song that Raises Your Spirits: “Obaa Sima” by Ata Kak

“When I first heard this song and album, I was immediately drawn to it as a confusing, brilliant, and joyous expression. I genuinely love it and every time I throw this record on, I dance. Not good dancing, but honest, funky, freaky dancing. I am so happy to share this artist with anyone who hasn’t yet listened. I don’t know how to talk about his music, but I find it profound and light at the same time.”

Song You’re Most Proud of Working On: “Sundrop” by Honeytiger

“I have always had a very difficult time with pride in terms of art because I know that I will alternate between feeling proud and feeling like it was almost good enough, but never quite so. Recently, I’ve tried to be less critical of my work and allow myself to accept the songs for what they became within the constraints of our recording process, equipment, and ability, not what I envisioned them as. So the ones I’m most proud of are the ones that either came closest to the original vision or the ones that were so utterly different from their intention that I can be at peace with them finding that form. I’ll choose ‘Sundrop’ from our album Brain On The Wall because it has been kicking around in some shape since we became a band and to have finally nestled in on our most complete album feels good. Sprinkled with Philly, The Strokes, and Nabokov references along with the two-in-one-song duality, it feels extra Honeytiger-y and like I mentioned, I’m trying to be a little more kind to myself and my work these days.”