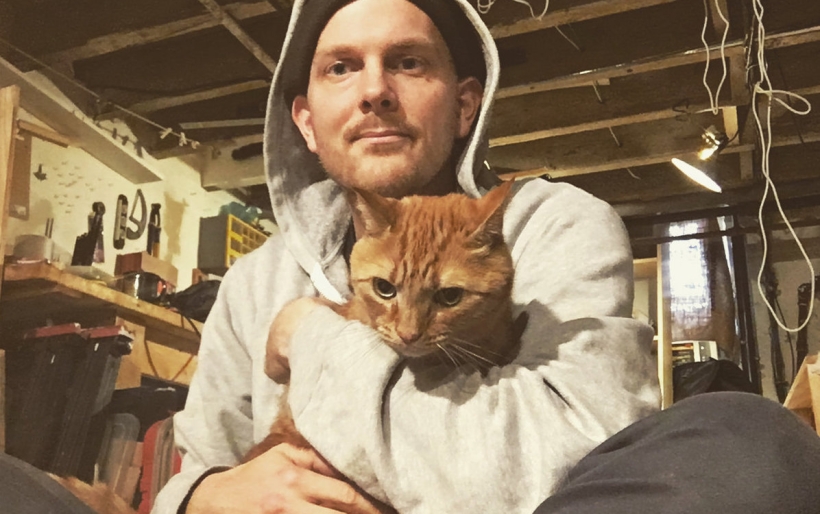 lowercase roses levels up with the distressed serenity of Titanic Planet

Philly’s Matthew Scheuermann got his start in the midwestern indie-rock outfit The Sidekicks and has been making beautiful, home-recorded projects under the name lowercase roses for the past six years. Where his previous releases circled around acoustic, Elliot Smith-esque introspection (2014’s self-titled EP) and heady, indie-stoner isolation (2017’s Surgical Pop), the new Titanic Planet, out today, takes elements of both of those releases and elevates them in an emphatic, emotional beacon of uncertain, but hopeful pop / rock.

The double entendre of the album’s title is apt for a collection of music released in the midst of a global pandemic: it evokes a planet that is titanic in the sense of its massive power, but also in the sinking-ship sense. We might contain multitudes, we might be more advanced and interconnected than generations past might have ever dreamed, but our hubris is marching us into oblivion. Scheuermann’s lyrics are filled with flashes of imagery playing on this dichotomy of engagement versus collapse at the personal level, whether he’s wistfully wondering about encounters with friends on album opener “Well Within A Well” (“Was it you that I saw on the street?”) or deeply yearning for connection four song later on “Chillin (Out)” (“I’m happy to see you in any capacity”).

Sonically, this is lowercase roses’ most rewarding project: “Slush” boasts resplendent instrumental arrangements and intricate chord changes reminiscent equally of late-90s Wilco and late-60s Beatles (particularly the McCartney songs). “Colour Blue” shows off Scheuermann’s secret weapon: his pristine, church choir tenor. When he’s not compressing or distorting his voice, when he allows it to soar freely and naturally, it becomes clear that he’s one of the most beautiful singers in Philly DIY.

The excellent “Borrowed Cars” is built around ringing, resonant guitar chords and a punchy rhythm as Scheuermann sings about coming to terms with one’s own dishonesty and desperation in the face of mortality. But at the same time, it’s a bright song with earnest energy; in the same way, the Beach Boys via Apples in Stereo psychedelic power pop of “Jesus of Love” is a jaunty song about finding delivery from grief (see if you can spot the Green Day easter egg in its midst).

Ultimately Titanic Planet is a heavy album but one that doesn’t make you sad, doesn’t drag you down; instead it uplifts and invigorates while addressing the very specific quandary of now.