Checking In With... Greg Dulli - WXPN | Vinyl At Heart 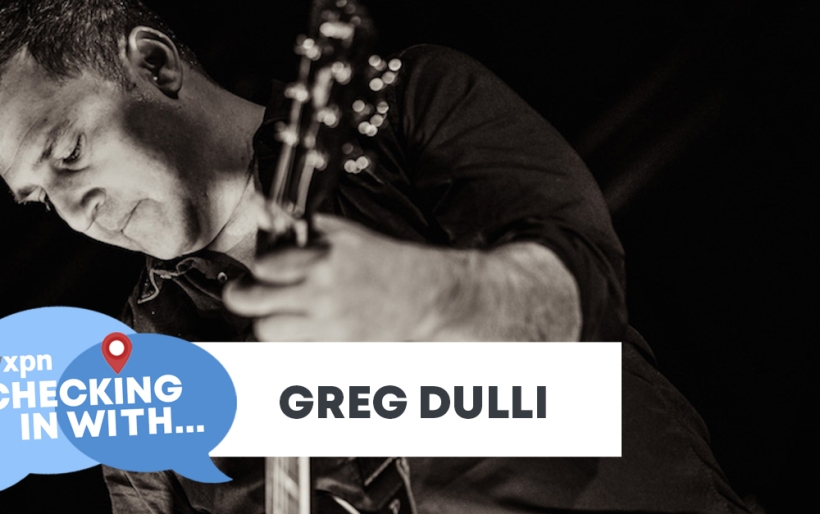 Checking In With… Greg Dulli

In times of crisis, it’s more important than ever to check in on your friends and loved ones. Here at XPN, we’re Checking In With our extended musical family to see how they’re holding up during the Coronavirus quarantine…and what music has kept them grounded. Today, Dan Reed chats with Greg Dulli.

When we got Greg Dulli on the phone, he’d been on lock down in his Los Angeles home for coming up on a month. His latest solo album, Random Desire, had been released via BMG, but like everybody else, his plans to support it had to be pulled before they even began.

Dulli tells us that he was constantly monitoring the situation in the weeks leading up to the release, getting updates from friends in Lombardy, Italy, before ultimately deciding to pull the plug.

“Because of insurance and things, it’s all a very complicated process so people don’t get screwed,” he says. “All people involved, from the ticket buyer to the promoter.”

He’s been finding ways to stay grounded, though. He made a 17-hour Miles Davis playlist, and tells us “You put it on and let it guide you through your day.” Our conversation circles around the new album, his situation in California, his favorite music, and his hopes for the other side of the pandemic. “I bet you every single person would love to get out and see their friends and be in a joyous environment,” Dulli says. “I certainly would.”

Checking In With Greg Dulli

Favorite Song Of All Time: “Do It Again” by Steely Dan

“Whenever a friend of mine has asked me what song do you wish you would have written, I always say that one because I love the words, I love the groove, and it’s just a vibe. If I’m going to put a bunch of things that I like in one song, it’s all in that song. It’s got a great chorus, similar to Ray Charles using the word ‘Jack’ to hammer the point home. Love that.”

Song That Raises Your Spirits: “Crosses” by José González

“Listen to it. He’s just such a gentle, empathetic, but really strong presence. I’ve never really heard anybody like José. And I’ve gotten to know him over the years, and he’s just a wonderful man, but that song in particular, if you listen to the words, it’s a shelter, it’s a place of comfort.”

Song That You’re Most Proud Of Working On: “Martin Eden” by The Twilight Singers

“The name is from the Jack London novel. That book came along at kind of a crucial point in my life. I was between worlds, and I looked to that song as kind of my way to the other side. The better side — not so much for the character of Martin Eden, but for me, yes.”