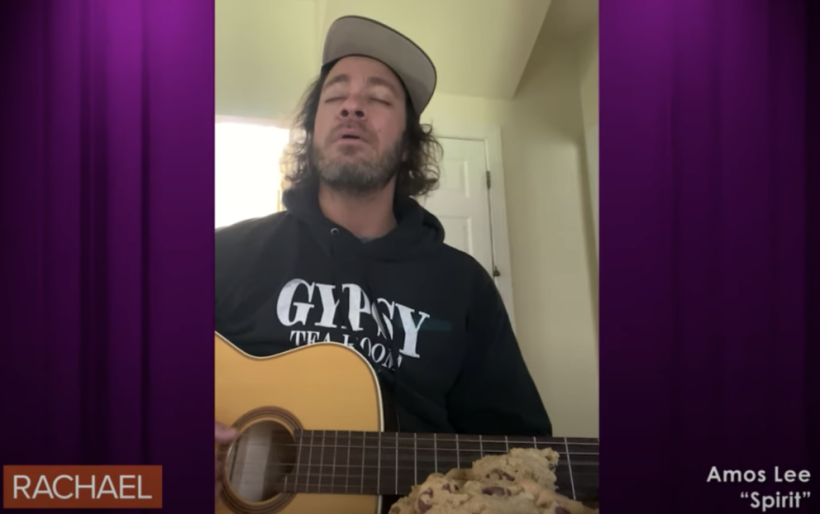 Singer-songwriter Amos Lee checked in with the Rachael Ray Show from his Philadelphia home yesterday for a Music Monday performance of “Spirit,” the title track of his 2016 album. With a plate of fresh baked cookies in the foreground (one of Rachael’s recipes, we assume) and his resonant voice filling the room, Lee belts out the song while strumming his acoustic guitar.

The song was inspired by a night out in the French Quarter of New Orleans, Lee told American Songwriter n 2016, particularly by a busker he encountered whose music stopped him cold. “Despite very few people paying him any mind, he was there for that moment, for the spirit of creation and connection.”

Rae said on YouTube that the song is one of her personal favorites, one she requested he play for her. “Amos Lee is a really wonderful human being,” she writes. “He’s been a friend of our show for a few years now, and he is so generous with his time.”