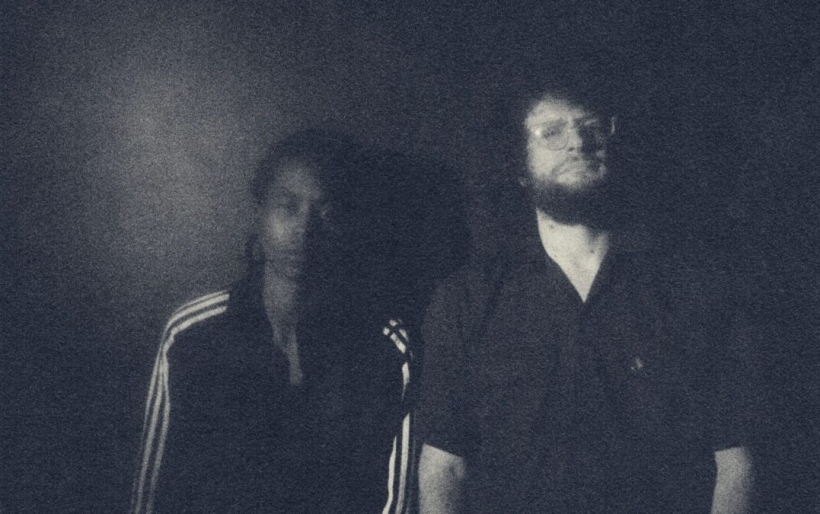 “Punk should be expansive, a bit of a risk,” Moor Mother explains when discussing the sonic disparities, the shapeless void of chaotic dissonance, that is the new Moor Jewelry cassette long player, True Opera. Holy shit! From its opening palm-muted note and stampeding drum beat, True Opera explodes into view like a sonic mushroom cloud, a winged kaiju swooping over the Philadelphia horizon leaving in its wake a destructive, tumultuous storm and a portal to a new way of thinking, of perceiving not just punk rock/hardcore/post-punk, whatever you want to call it– but art and music itself.

Moor Jewelry is the collaboration between Philadelphia natives Camae Ayewa, aka Moor Mother — an international force in genres as wide and eclectic as noise-rap, electronic music , and with her exceptional band Irreversible Entanglements, avant garde jazz — and Mental Jewelry, aka Steve Montenegro, an electronic musician whose work typically marries My Bloody Valentine-esque swaths of new age dissonance with the post- trip hop experimentation of artists like Burial and Massive Attack. Combined, the duo normally plays a marriage of their two primary sounds, as on their 2017 LP Crime Waves (released, like their new album, on New Jersey indie label Don Giovanni) where they captured a perfectly droney, strange and swirly downtempo soundtrack to a cyborg’s hypnosis. For this recording, they added Phillip Price (progressive dark folk-metal outfit Kayo Dot; blistering noise-jazz duo Space Fuck) to the mix on drums and the result is an absolute assault of dissonant Am Rep-style post-punk that bristles and burns.

“We both play instruments and wanted to play together in the same room without so much pre-composition,” Montenegro explains. “We thought about how inspiring punk shows were growing up and first coming to Philadelphia.” The impetus then, as Moor Mother confirms, was the two of them “wanting to play instruments and reminiscing on the punk we listened to in the early days, and just [wanting] to have fun. We didn’t know what it would be.”

What it became was ten songs of gnarled punk rock, songs like “Judgement” that rail against the “system of make believe” in quick sharp bursts that give way to a torrential octave-and-feedback breakdown that swings like 90’s artpunk, to songs like “Look Alive” with it’s absolute crushing, droney, heavy tribalism, a song where Moor Mother’s lyrics and vocals play so rapturously with the anti-music displayed here that it feels like a lost Steve Albini band’s demo gathering dust only to be uncovered by an Afrofuturist roots worker, reworked and re-contextualized for the daily dystopian lives of marginalized people everywhere.

The song “Working”, which starts off with a buzzsaw of a riff snaking and puncturing the skin like a xenomorph to birth an alien post-punk dirge, feels like conjuring. Specifically the lyrics feel like Moor Mother is talking about the act of conjuring itself. “All the screaming and dancing and fucking, all the shouting, all the stealing, is working, is working”, she wails as the rhythm section implodes, Price’s drummers sounding shambolic, Montenegro’s bass throbbing with the shockwave of shotgun recoil, and Moor’s guitars enveloping with tortured sound walls. “I want more than this hyper-reality!”

When discussing her approach to the lyrics on True Opera, she says, “I had five lines of a lost poem in a notebook called “Working” and then I riffed off of that. Which was hard because I really wanted to dig in lyrically and vocally but because I was playing guitar it pulls back my vocals because I am worrying about my guitar playing. Then when I went to do ad-libs it was hard because I just made up the words, which is hard to remember perfectly right after I made it up. I was just singing what I was thinking in the poem. Thinking about themes like the motionless present and the co-opting of social justice language and all the people that hide behind non profit politeness.”

These lyrical approaches have often been found in Moor Mother’s other work; that she and her co-horts are playing noisy punk rock, if True Opera is any barometer, this dedication to calling out exploitation and othering in the non-profit and activist sectors isn’t stopping. Still, despite the weightiness of every bass slap, every drum beat, every guitar stroke (and Moor Mother’s dissonant, fiercely ringing playing here is a testament to how glorious simplicity in riffage can be) this album is fun. Recorded in one take, practically freestyled and put to tape as is, these songs have the intensity of a band that has been working on this shit for years, pushing the boundaries of the tolerable sound resistance of their basement’s walls.

“I think punk is capable of having as much mood and atmosphere as any other kind of music,” Montenegro says when asked if there’s space for abstraction in punk rock, a genre mostly known for its directness, less so for its artistry. “The nuances may be in other areas like the language sung or the quality of the voice. I think that the contrast in sounds and instruments enhances the impact of the music from album to album or song to song or bands at a show.”

Considering their past work together and the often contemplative, spiritually grounded work Moor Mother is known for, this Moor Jewelry release hits the post-Covid world like a brick tossed through a black hole and into our reality. Its extra weight is noticeable as we all move through some of the most uncertain moments of our lives. As with the Orwellian vibes of songs like “Working” that depict the usurpation of social justice movements, the seething anger of True Opera feels prescient.

Yet, still, the band insists on a happy ending. “It’s interesting that you say [the lyrics] may be angry because we were free with no expectations [when writing the album],” Moor Mother counters. “We recorded this before we had any idea. It was around the same time I was recording the new Irreversible Entanglements record. I hope that my music will always be remembered as staying with the trials and tribulations of the world. I feel it is my job to be open to what is going on energy wise. And trust myself to let go and open a contouring aspect. It’s great to look back at lyrics, poems and songs and realize how deeply connected they are to what is happening and future happening of the world.”

As their song says, with this kind of deconstructed approach to potential futurism in punk, it’s working.