Commonwealth Choir has to go, their home planet needs them, in the new "Light" video - WXPN 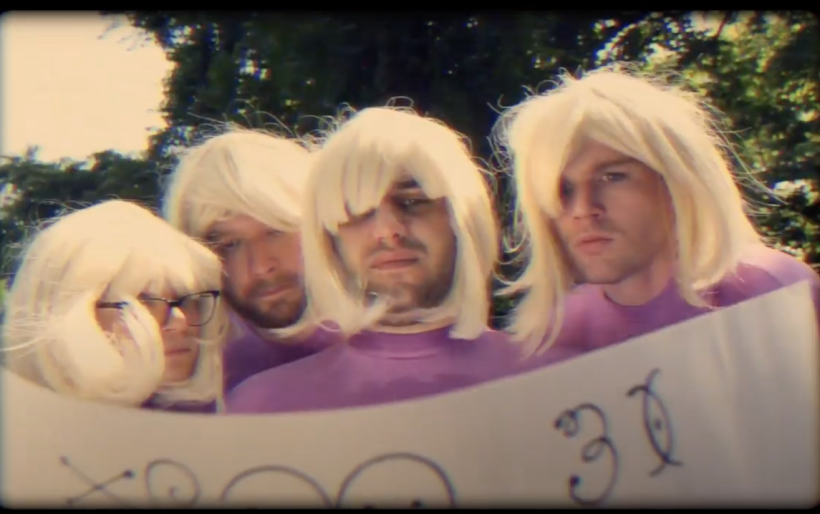 Commonwealth Choir has to go, their home planet needs them, in the new “Light” video

Philly rockers Commonwealth Choir are back in action this summer with a new EP called No End, and by the looks of their latest music video, the band has spent the intervening years since its single “Palace” exploring the outer realms of the galaxy.

Directed by Kirby Sybert and shot in and around Fishtown, the new video for “Light” sets the jaunty power pop / modern rock song to a flickering film stock story of four extraterrestrials clad in pink spandex (played by the band, of course) whose teleportation device has malfunctioned on Earth. Frantically, they go on a scavenger hunt for missing parts, helping elderly folks cross the street and playing pick-up basketball games along the way. It’s part scavenger hunt, part madcap comedy, and all fun.

The band tells us over email that “Light” was one of the quickest songs they’ve ever written, and gave a lot of momentum to the new EP, which they worked on with producer Dan Pawlovich.

As songwriter Davis Jameson Howley describes it, the lyrics are about self-doubt and second-guessing oneself, following the path of someone caught between two versions of themselves: “one that is convinced the world doesn’t need them anymore & the other realizing it’s all a self-fulfilling prophecy.” He calls this an essential part of the human experience. “If we didn’t constantly examine ourselves in some capacity, we would never grow,” says Howley. “Sometimes this self-correction is small, but other times it’s earth shattering. We tried to make the music as pointed & driving as possible to mirror this epiphany crashing down on you in one fell swoop.”

Watch the “Light” video below. No End is out June 19th on No Hope Records; pre-order the album over at Bandcamp, possibly on Friday May 1st, when Bandcamp is waiving its fees and giving 100% of sales to artists.