Boon searches for peace in the uneasy quiet of Morning's - WXPN 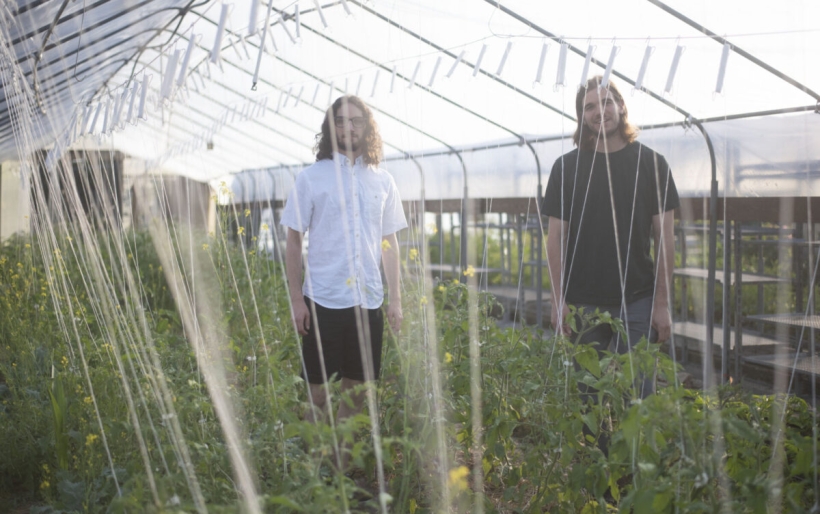 Boon | photo by Julia Leiby | courtesy of the artist

Boon searches for peace in the uneasy quiet of Morning’s

In a moment of time when many of us are riddled with collective anxiety, but don’t have much latitude to change course, the new record from Philadelphia duo Boon hits in a particularly unique way.

The band’s new Morning’s is out tomorrow via local label Super Wimpy Punch, and it finds primary songwriters Brendan Principato and Drew Sher scaling back their sound to a haunting, minimal, and dreamlike thrum. Moments of it might remind you of the heady aughties freak-folk era, particularly early Devandra Banhart and Six Organs of Admittance, as well as some of the more tripped-out moments in The Districts’ catalog — those moments with louder rock bands step things back to create a more contemplative space.

Principato and Sher wrote Morning’s, true to its title, in the early morning hours while struggling with insomnia as well actively mourning, experiencing grief over the death of a friend. The album’s tense but taciturn tenor captures that particular brand of frustration when you’re in need of catharsis but you’re restrained from experiencing it. Unintentional as it may have been, the album remarkably compliments our current time of self-isolation and the unease that goes with it.

But it’s not nerve-wracking, nor is it wallowing. Instead, Boon’s Morning’s reflects our mood and moves to meditatively uplift it over eight tracks. “Stoneburner,” early in the set, is centered around a section with a single chord strumming, a warm vocal tone reminiscent of the welcoming voice of Catherine Wheel’s Rob Dickinson, and lyrics that detail working one’s way through internal resistance. The bright “Blossom” offers a glimmer of hope as two fingerpicked acoustic guitars harmonize over a repeated mantra of “You’ve got to…” in the song’s first half, and an affirmation in the song’s second half: “you can be whatever you want to be / you can blossom when you’re ready.”

Beyond the fervent political minimalism of “Living Wage,” Morning’s second half is largely instrumental, and the way these songs flow together, one into the next is beautiful; it totally works as a continuous piece that hums and strums, and ends on the daybreak chorus of “Morning,” as Principato and Sher sing of hearing the world waking all around them.

Mourning’s was recorded by Paco Cathcart and mastered by Carl Saff, with beautiful naturalistic artwork by Bailey Elder. Take a listen to the record in full below, and order a cassette now via Super Wimpy Punch’s Bandcamp page.