Naeem, Amanda Blank, and Micah James team up to rock the club from the comfort of their own homes in "Woo Woo Woo" - WXPN 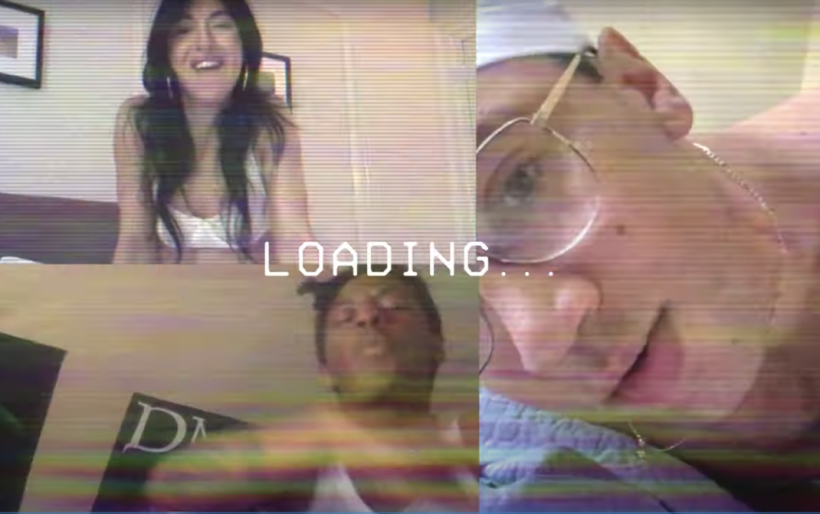 Naeem, Amanda Blank, and Micah James team up to rock the club from the comfort of their own homes in “Woo Woo Woo”

Philly’s Amanda Blank and Baltimore’s Naeem Juwan have been BFFs going back a decade and a half, when Naeem was lighting up stages with his clubby rap outfit Spank Rock, and Amanda was rocking the mic as a firey rapper (with occasional side joints in the art-pop outfit Sweatheart).

Now that both artists are living in L.A. and readying the releases of their respective first-projects-in-a-decade, it’s no surprise to see them sharing the spotlight with one another. Late last fall, Blank and her band recorded a stellar Key Studio Session at WXPN that featured a heart-stopping collab with Naeem — we cannot wait to bring that to you a bit later on this year — and this spring, Naeem is readying the release of Startisha, his new solo project, releasing on June 12th via 37d03d, and Amanda features on the new single, a dancefloor banger called “Woo Woo Woo.” It finds the dynamic duo joined by another longtime friend, Micah James, getting wild over high BPMs.

In a press release, Naeem says “I wrote the first verse of this song in a weed coma in a warehouse in the Fishtown neighborhood of Philadelphia, with producers Sam Green, and Grave Goods. Amanda and Micah heard the demo and demanded to be on it, the bars they added made it better than I could’ve ever imagined, and Amanda, once again, shows up everyone on the track.”

It’s an electric four minute sprint that find Naeem, Amanda, and Micah getting their freak on over nasty, rapid-fire bars that simply demand to be heard. It also makes for a massively entertaining music video, which director Bobby Wingham put together in the time since the Coronavirus pandemic took effect. How does one fuck the club up while self-isolating? With wild webcam-style shots from everybody’s respective homes, this video can be your guide.

“I loved to be able to create and collaborate during this time with friends,” Whigham writes in a press release, calling the video a tongue-in-cheek look at what we’re all going through right now. “The internet played such a huge part in this from online shopping for set design items, to the facetimes, zoom meetings and text messages of this whole process.”

Blank says that the fragmented nature of the video production mirrors the fragmented nature of the song’s recording “Initially, I think we were all really psyched to make a video together, but then when this happened and we were forced to make this in isolation, the video ended up being made in the same untraditional and pieced together way as well so it all kind of came full circle which feels very preordained in some strange way. I never really believed in all that but now maybe I do.”

Startisha is out June 12th, and features collaborations with Bon Iver’s Justin Vernon, Polica’s Ryan Olson, Francis and the Lights, and more. The album will cover a range of lyrical ground, including “self-care and the attention economy, the love for his boyfriend, and personal memories of growing up in Baltimore.” Watch the “Woo Woo Woo” video below, and preorder Startisha here.