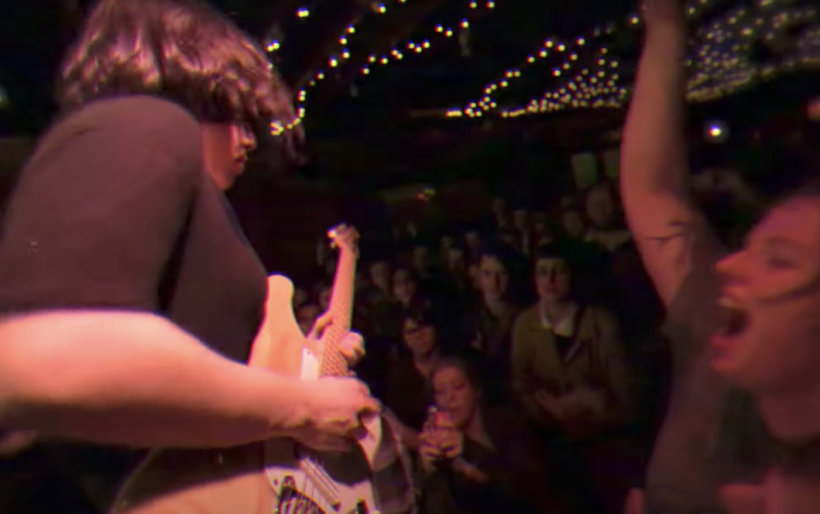 NJ power trio Screaming Females captured their legendary live show several years back for Live At The Hideout, a collection of particularly blistering performances recorded by Steve Albini and Timothy Powell at the 100-capacity Chicago club The Hideout. As the story goes, the band was in a terrifying van accident on the way to the two-night-stand at the venue, and the fact that they showed up at all is a testament to to their drive and spirit. (And also their unwavering professionalism.)

In addition to Albini and Powell’s audio, the gigs were captured via a multi-camera shoot directed by videographer Mark Pallman, and six years later, the first of those has made its way into the world.

In it, we see the band slam their way through “It All Means Nothing,” a rocker from their 2012 album Ugly that gets capped by a lightning-fast solo from lead singer and guitarist Marisa Paternoster. With footage from onstage, as well as the thick of the crowd, this video is in constant frantic motion, culminating in a shot of a fan leaping up to to scream in Paternoster’s face as the energy peaks.

Watch below, and order Live At The Hideout over at Don Giovanni Records’ webstore.