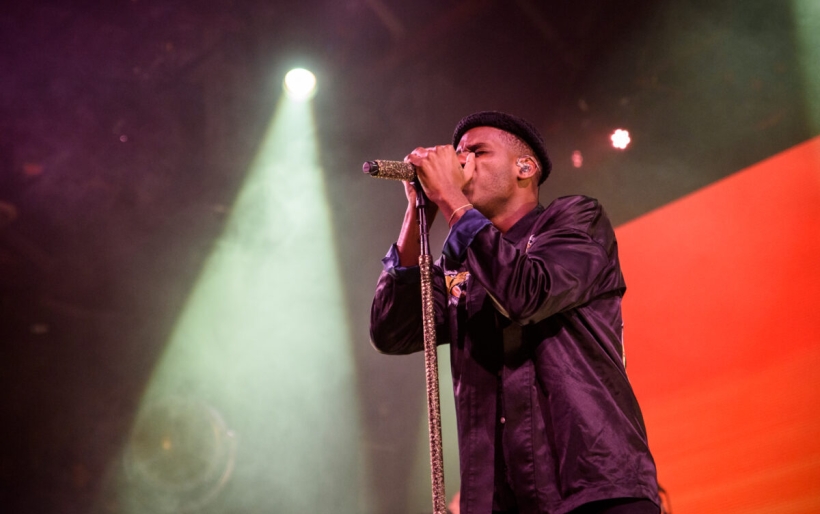 Singer-songwriter Leon Bridges released “Sweeter” on Monday, a beautiful R&B ballad featuring hip-hop artist, multi-instrumentalist, and producer Terrace Martin on saxophone. Intended to be released as part of an upcoming album, Bridges and Martin chose to debut the song early in response to the death of George Floyd and subsequent national unrest.

“Sweeter” is based in Bridges’ personal experiences with racism, as well as those he has witnessed, as he sings “Hoping for a life more sweeter / Instead I’m just a story repeating / Why do I fear with skin dark as night? / Can’t feel peace with those judging eyes.” He references Martin Luther King Jr., as well as “the tears of my mother” and “My sisters and my brothers,” striking a balance between his personal thoughts and fears and the universal anxiety felt by black Americans.

Bridges said of the song, “Growing up in Texas I have personally experienced racism, my friends have experienced racism. From adolescence we are taught how to conduct ourselves when we encounter police to avoid the consequences of being racially profiled. I have been numb for too long, calloused when it came to the issues of police brutality. The death of George Floyd was the straw that broke the camel’s back for me. It was the first time I wept for a man I never met.”

Last week, Martin released “PIG FEET,” a hip-hop track featuring Denzel Curry, Daylyt, Kamasi Washington, and G Perico. The anger on that track was palpable, with Martin saying on SoundCloud, “Someone asked, how do I feel? I told them hurt, fearless, angry, aware and fully ready to protect me, my family & my people at all cost.” When it comes to “Sweeter,” Martin says, “This is meditation music; it is not music for the ears but rather music for the heart.”

By contrast, “Sweeter” is a mourning song, firmly entrenched in the soul and R&B traditions. Bridges is both heartbroken and heartbreaking as he sings “And I wish I had another day, but it’s just another day.” This song comes only a few days after fellow Texan Gary Clark Jr., with whom Bridges has collaborated on a cover of Neil Young’s “Ohio” in 2017, released an emotional video on Instagram detailing his thoughts and experiences with racism. They are both part of a growing collection of artists and performers, especially black artists, compelled to speak out in response to the death of George Floyd and the subsequent Black Lives Matter protests happening nationwide.

Listen to “Sweeter” below.