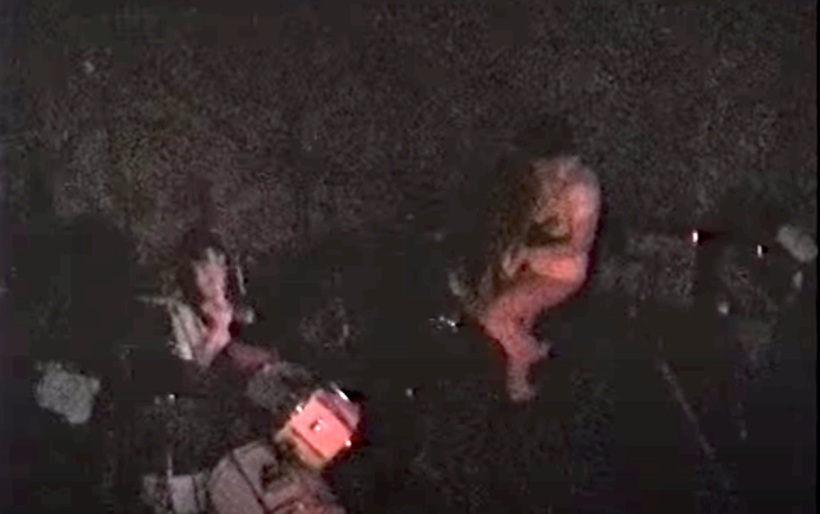 The White Stripes at the North Star Bar | still from video

Why doesn’t Jack White play in Philly? Neither the White Stripes, the Raconteurs (with the exception of one opening set for Bob Dylan in 2006), nor Jack White’s solo shows have taken place in Philly since 2002, when the White Stripes headlined the Trocadero. No one seems to know the answer; various online forums have pointed to wildly different theories. For now, we have to be content with videos from the early 2000’s of Jack White’s legendary live sets.

One of such videos still available online is The White Stripes show at Fairmount’s North Star Bar. Although the North Star Bar closed its doors in 2015, it will always be remembered as one of Philly’s premiere spots to catch a glimpse of up-and-coming rockers in the late 90s and early 00s. One June 20th, 2001, those rockers were Meg and Jack White: their self-titled debut and De Stijl had been released, and White Blood Cells was set to be released a week later. As a result, songs from all three albums are featured in this historic recording.

The video itself feels strange at times. The “brother/sister” two-piece is filmed from a high, slightly off-set angle, showing a completely different perspective than we’re used to at most concerts. The benefit of this, though, is an increased attention on Meg’s reserved, minimal drumming. She almost seems like a jockey, at times, reigning in Jack’s raw, explosive guitar-playing and giving it structure and direction. About two-thirds of the way through the set, the duo plays “Jolene,” where Jack sings much of the cover looking straight at Meg, communicating tempo, volume, and style cues solely with eye contact.

On “Apple Blossom,” Jack hangs up his classic Airlines guitar and turns to the piano. The White Stripes famous “three” motif is at play here: “Everything was vocals, guitar and drums or vocals, piano and drums,” Jack once said in an interview. Then, while still at the piano, Jack quickly snatches his guitar back up to start riffing with Meg. After “Apple Blossom,” the band immediately transitions into “Little People,” a deep cut from their self-titled debut. This show is one of the only times the band has ever performed the track live.

Just before playing a furious rendition of “Hotel Yorba,” Jack speaks into the microphone. “Great to be here in the City of Brotherly Love,” he sneers, emphasizing the nickname with exaggerated air quotes, “Where we’re always treated so kindly at gas stations and record stores.” Why does he hate Philly so much? At what gas station or record store was he so maligned? Hopefully, when venues start opening back up, we can see Jack White touring in support of his next solo album without having to drive hours away.

Encore:
Look Me Over Closely