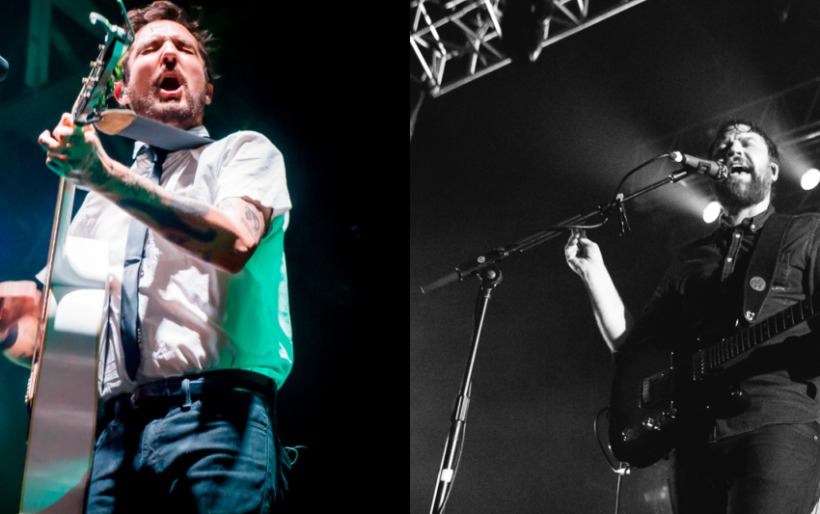 Turner performed a series of covers, including “The Modern Leper,” “State Hospital” (which he described as one of his favorite songs), “Swim Until You Can’t See Land,” and “Head Rolls Off,” the last of which he performed via livestream in May as part of the Covers for Others campaign. Turner admitted, during an instrumental bridge, that his song “Little Changes” is “a direct, knowing reference” to “Head Rolls Off,” with its refrain of “As long as I’m alive / I’ll make tiny changes to earth.” He concluded his set by debuting an original song, tentatively titled “Song For Scott,” in memory of the late musician.

Turner and Hutchison were longtime friends before the latter’s passing. As Turner explained during his set, “Scott and I were friends. We became friends at a point when both of our careers were kind of taking off, and it was a cool friendship in the sense that there’s not many people who do what I do for a living, and to have someone to bounce stories and ideas and insecurities and worries and doubts off was a hugely helpful thing for me, and maybe for him, too.” His covers were separated by intermittent stories of Turner’s relationship with the singer, from finding Frightened Rabbit’s dressing room at every festival where they both appeared to having a dream about Hutchison after his death.

Tiny Changes was founded by Hutchison’s family after his passing in May 2018. Co-founder, Scott’s brother, and Frightened Rabbit drummer Grant Hutchisontold NME, “The message that we’ve been trying to promote throughout all this is togetherness, even at the moment when we’re not physically together. This is a great opportunity to bring new artists and young people to perform, speak and engage and have something to look forward to and celebrate.”