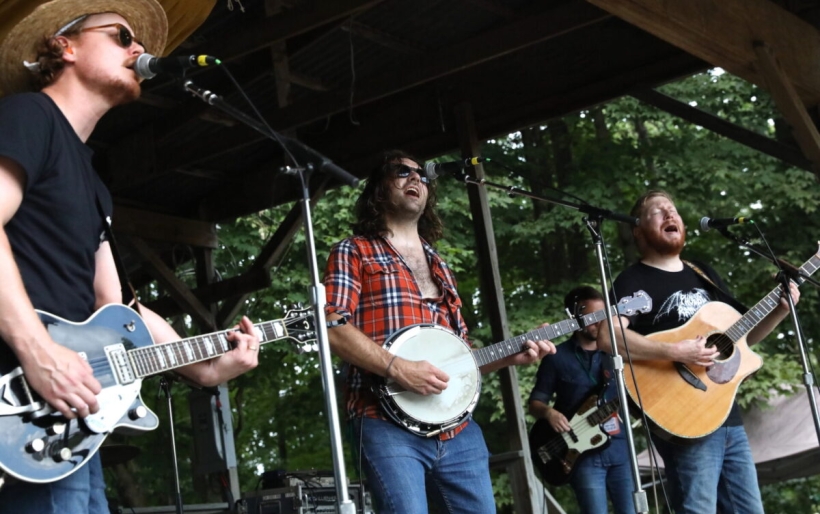 Philly folk-rock trio The End of America dropped their new single “Canyon” last week. The almost-five-minute track via TEOA Music/Pops Records is accompanied by the release of a scenic music video for the song. At the video’s end, “In Memory of Amy Regan” flashes on the screen, honoring the late musician.

The End of America consists of James Downes, Trevor Leonard, and Brendon Thomas. According to the group’s Bandcamp page,  they are “three best friends who formed a band after touring together as solo artists. Their sound is centered on their voices, weaving distinct leads into captivating harmonies over a solid foundation of rock, folk and Americana.”

When posting the news about their release, the trio’s Facebook page states: “It isn’t lost on us that sharing news about our band during these times of protest occupies precious space on your feed. We promise to do it with care, and as always, with the intention of spreading a positive message.”

The group also shared that they will be donating all song proceeds from Bandcamp and Spotify, directly to Color of Change–– an online racial justice organization. The band’s profile also stated that “much of [their] work as artists is to continue releasing music that inspires hope, love, and positive change.”

Besides “Canyon,” The End of America previously released single “Not the End” in April as well as “Light Within” in March, an EP comprising of six singles from 2019.