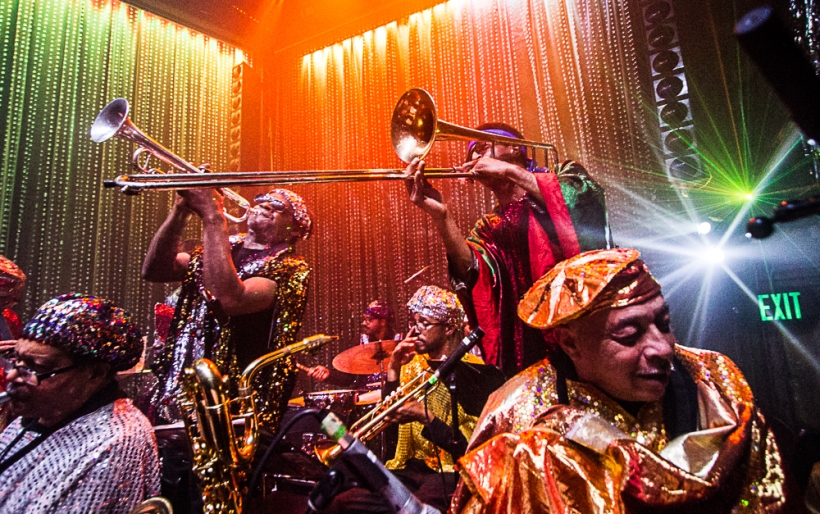 After twenty-one years, Sun Ra Arkestra has announced a new studio album. The currently-untitled record will appear via Strut Records in October. In the meantime, the Arkestra released a new version and video for “Seductive Fantasy.”

Sun Ra was an American jazz musician who took inspiration from ancient Egypt and the Space Age. Medical issues led him to retirement in 1992, and he passed away in 1993, but his backing Arkestra continued operating, led first by tenor saxophonist John Gilmore, and currently alto sax player Marshall Allen. Although they continued to tour, the Arkestra’s last album release was 1999’s Song for the Sun.

“Seductive Fantasy” was originally recorded in 1979 for Sun Ra’s record On Jupiter. This new version was recorded at Rittenhouse Soundworks in Philadelphia. This new version is accompanied by a psychedelic music video by musician and animator Chad VanGaalen, full of bright lights and abstract imagery, images flashing on the screen in time with syncopated brass beats.