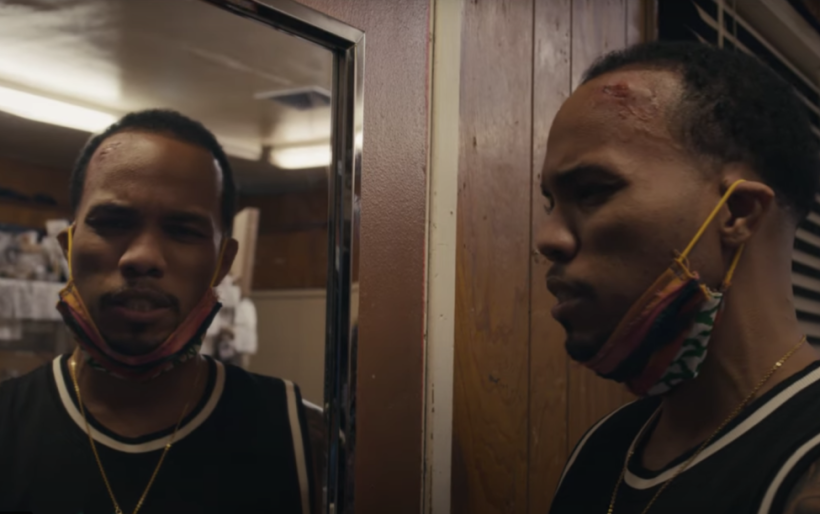 Why aren’t you listening? How do we make you see? A breakdown of Anderson .PAAK’s “Lockdown”

On June 18th, Anderson .Paak released the song “Lockdown” with an accompanying music video. The song and video speak for themselves, but like any other art, invites for further interpretation. What follows are the lyrics, my synthesis of the music and visuals, and some questions that have been going through my mind.

The song starts with the scream that each and every one of us has bottled within ourselves right now. Learning, teaching, providing emotional support and self-care, we’re overwhelmed.

Why aren’t you listening? How do we make you see?

So many names. They go by so fast, they’re almost just memes now. Social media turns people into photos, photos into feelings, and feelings into platitudes. Sometimes it’s hard to keep up.

Are you stopping to read? Are you just scrolling through?

You shoulda been downtown

We don’t see the protest, but we see the photo-op. Half social gathering, half sit-in. We have a seat at the counter and w e need to open our eyes to the sobering realities in front of us.

What are you in this fight for? What comforts are you willing to give up?

We thought it was a lock down

I’ll be back with the hazmat for the next round

If you’re gonna be out protesting, and you’re gonna need a hug, at least mask-up. Learn about the issues in order to protect yourself and those around you.

Killed a man in broad day, might never see a trail

The anger over how long this has been happening has finally boiled over. There are calls to burn it down, and there are cool heads calling for change through the system. Either way, the community must stand together and fight in solidarity.

Can we burn it down AND vote it down?

I hereby declare this an unlawful assembly

They used the pandemic to try to quell black protests. The city couldn’t send every cell phone information about the ongoing pandemic, but when black citizens want to be able to live, the curfew response is immediate.

What’s more disruptive to this country, a global pandemic or equality?

Just think, bullshit you got to filter out

Jay Rock, with the verse of the year, breaks it down right quick to Syd, and the younger generation (in age and/or mind). Artist and activist combined.

Someone cut the channel off the new before I lose it

Paak maybe misses the message while looking to self medicate. Some peoples’ form of health insurance are liquor stores and the dealer.

We don’t loot the projects

They’ve already been looted. The people affected by redlining and subject to live in food deserts see the truth about how the city is neglecting them. The news only covers it when you can see it downtown.

What would you do if everyday, you saw a video, a picture, a billboard, of yourself being murdered?

He had to break it down so smoothly

Whiskey eases the pain. Writing music translates those feelings into art. Both are soothing and easily accessible.

The fear that black parents have is heightened by the realities of a country that demonizes them and their children. You don’t get to decide when to talk to your children about race. The world shows them what they think everyday.

Is it better to learn the horrible truth about the world as a child, or as an adult?