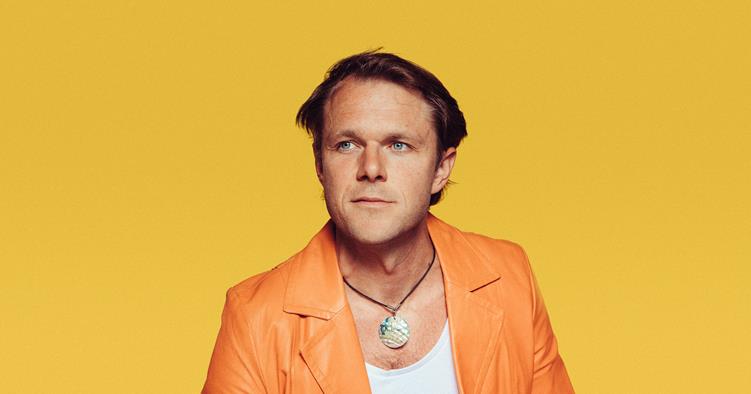 Josiah Johnson | photo by Sela Shiloni | courtesy of the artist

Indie pop-rock artist Josiah Johnson, formerly of The Head and the Heart, has announced the release date of his debut solo album Every Feeling On A Loop. The 12-song album will drop via ANTI- on September 4th.  Aside from announcing this news, Johnson has also dropped a video for his new single, “Nobody Knows.”

The almost-four-minute video is not an ordinary music video for what seems like a quick indie-pop tune. Since everyone wearing full paper mache facemasks, the video as well as the song itself is hair-raising as the seconds go by but the piece ends on a reflective note. “Nobody knows the trouble you’re in,” Johnson sings. No one can tell what is going on when you’re wearing an emotional mask. Of course, the video’s release is a bit eerie in the midst of the COVID-19 pandemic where masks are still required outside.

In addition to “Nobody Knows,” Johnson has also released singles including the narrative “False Alarms” and the peppy but contemplative “World’s Not Gonna End” from his upcoming album.

“This album is years coming, and represents a growth and an opening up, and a letting go, and is the first steps out of a darkness into the bright morning light,” Johnson shared on Instagram. “There are songs to dream to, and to grieve to. There are songs that get my body moving, and songs hold me moving through the difficult feelings. I think all of us are being asked to step into bolder, more radically caring, generous versions of ourselves right now.”

All released singles from Every Feeling on a Loop are available on all major streaming services. Johnson’s album can also be pre-ordered here.