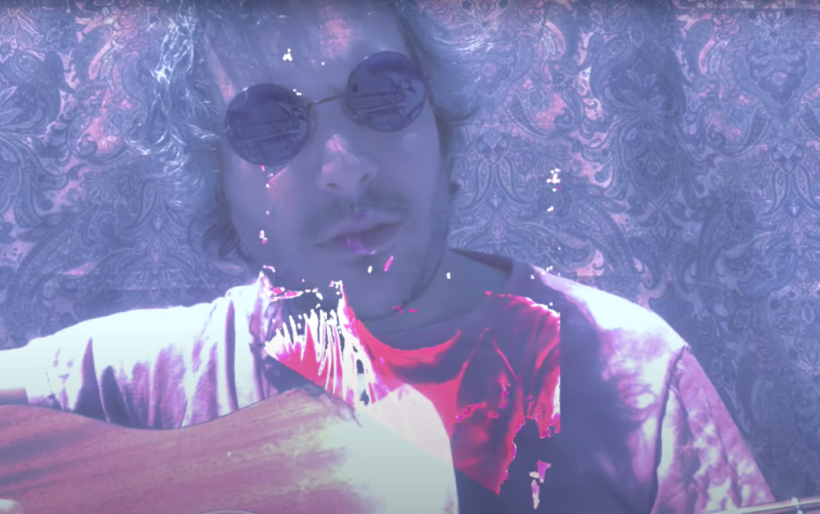 Philly’s Mike Polizze dropped his second single, “Cheewawa” from his forthcoming debut solo album, Long Lost Solace Find. In addition to the song’s release, Polizze also filmed and edited a DIY video for the track during quarantine for the Coronavirus.

The psychedelic video, according to Polizze in a press release, “was shot and edited in one day during the height of quarantine. On that afternoon, the spring cheer felt eerie against the bleakness of the pandemic. Things don’t seem much better lately, but hopefully this will provide a brief moment of solace.”

The Purling Hiss frontman announced the album in May with a handwritten note. “This record is largely acoustic, mellow, and almost without electric guitar,” Polizze wrote. He also revealed that the LP “consists of mostly love songs and moody jams.”

Aside from “Cheewawa,” Polizze released single “Revelation” at the end of last month. The handwritten note also discloses that Polizze asked longtime friend and collaborator Kurt Vile to play on the first track and Vile “showed up with a few instruments and added trumpet and backing vocals to the mix.”

Vile also collaborated with Polizze on “Cheewawa.” In a press release, Vile shared that he wished he wrote the new song. “Luckily I got to play harmonica and sing ghost vocals on it… I’ve been waiting for this kinda Polizze.”

Polizze’s album “Long Lost Solace Find” will be released on July 31st via Paradise of Bachelors.