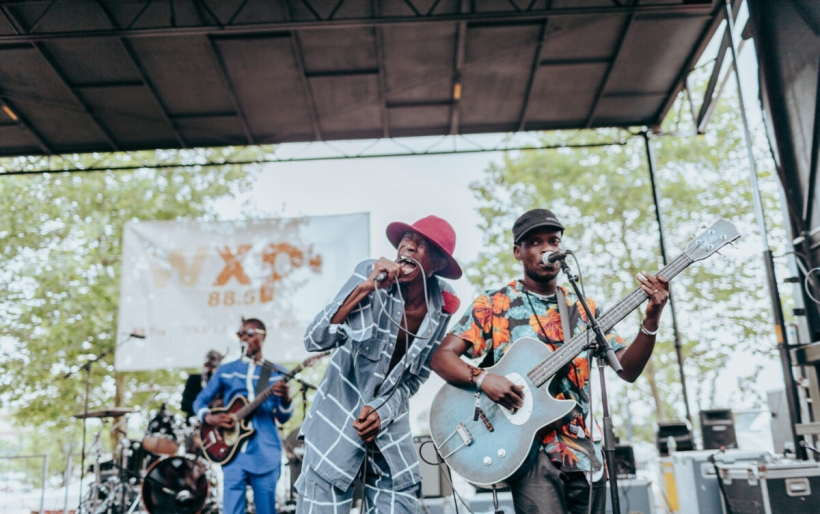 Jupiter and Okwess | photo by Ashley Gellman for WXPN | agellmanphotos.com

After releasing Kin Sonic in 2017, frontman Jupiter Bokondji took off on a 180 date tour across the globe resulting in a desire to return to his home, the Democratic Republic of Congo.

The song’s title means “the return” in the Congolese tongue of Lingala and is sung in the language, as well as German and French. In the track’s trippy music video shot in Bokondji’s home city Kinshasa, viewers see the band’s leader boarding a plane to visit his family and eventually being drawn into a supernatural universe filled with spirits.

The funky and fun track is a cover of Boney M’s 1979 tune “Gotta Go Home,” which is essentially a cover of Hallo Bimmelbahn’s “Nighttrain.” The song’s release is also a teaser for Jupiter & Okwess’ full upcoming album of the same title, “Na Kozonga,” which is to be dropped early next year.