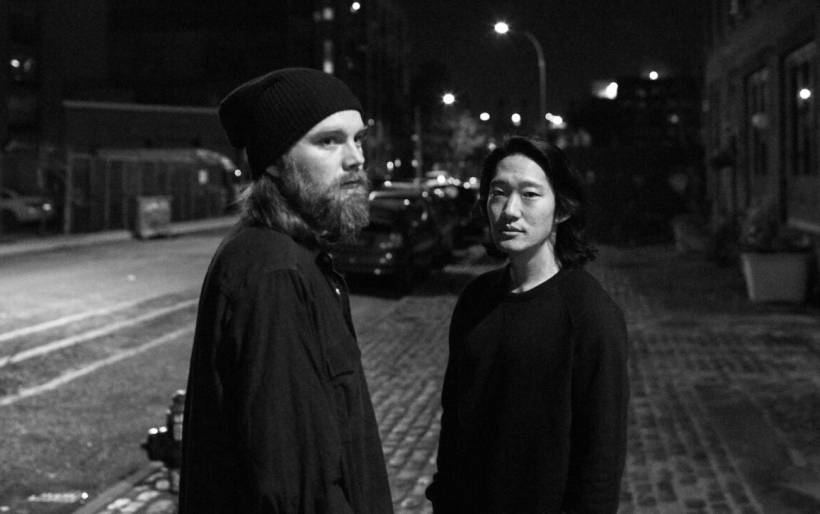 Just after the final days of Pride Month, the video for the soft, romantic tune “Vampires” by Massachusetts Indie Folk duo Handsome Ghost showcases two women falling in love. The love is simple and pure as the two ride skateboards and bicycles in a dark store parking lot. Of course, aligned with the title of the track, one of them is a vampire. To learn what happens to their relationship because of it, you’ll just have to watch the video.

“The video, to me, is a nice story of two people who are falling in love. That the relationship is a lesbian relationship is important, but it’s not the crux of the story, and that’s powerful in its own way. I view their relationship in the video similarly to how I view Asians in entertainment. For me (especially when I was younger and it was more rare) it’s meaningful whenever I see an Asian person in music, film, or tv, and especially so when they are shown with complex, relatable lives, and not just highlighted for the fact that they’re Asian. It’s important to see and celebrate diversity, and how it enriches society,” band member Eddie Byun, says via email.

“When the band started, we were touring nine or ten months out of the year. We were almost constantly in motion. It was madness and I loved it… But during our time away from the road, I’ve learned that it’s easy to confuse routine and monotony with ‘adulthood,’” the other half of the duo, Tim Noyes says. As he sees it, “Vampires” is about “trying to break that thinking. It’s okay to hold on to the wild moments, the craziness. It’s important not to lose who you were as you grow into who you are now. The song is trying to harness just a little bit of youth–– just for a moment.”

Handsome Ghost’s upcoming album Some Still Morning is set to drop on September 18th via Photo Finish Records. “Our new record has its heaviness. It’s a serious record throughout. The ‘Vampires’ music video was a chance to cut loose and have a little fun with it. We had so many intense moments throughout the recording of this album–– making this video was a welcome release. Miette (Hope) and Lilly (Graves) had such a natural rhythm–– we just stayed out of the way and tried to help where we could,” Noyes says.