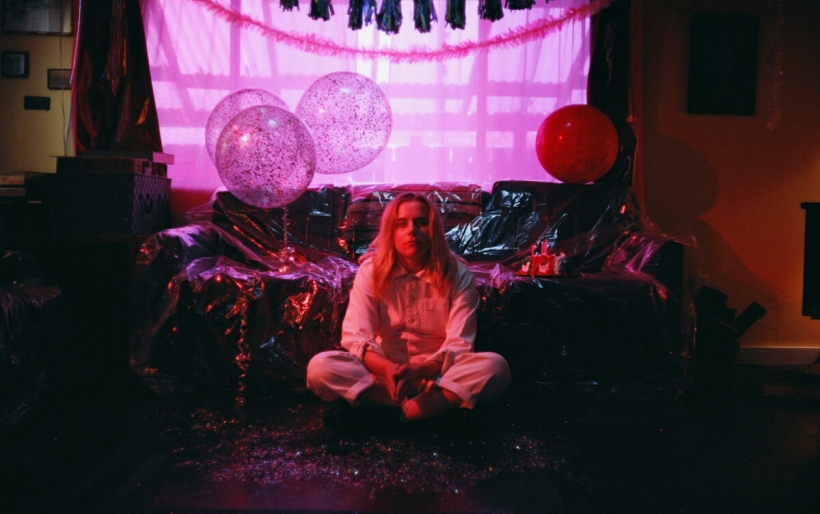 Vita and the Woolf embraces change in new single “Confetti”

Philly-born, LA-based modern rock outfit Vita and the Woolf releases their latest record, Anna Ohio, next month via Tender Loving Empire records, and it is shaping up to be a saga of sorts.

On the one hand, it’s a saga of emotional highs and lows swirling around the title character who finds themself frustrated, stuck in life, and desirous of escape into realms of cosmic psychedelia and theatrical spectacle. It’s also a reflection of the story of singer-songwriter and band leader Jennifer Pague, who left her longtime home base of Philadelphia two and a half years ago, after spending much of the 20-teens making strides from local stages to the national stage.

Today, Vita and the Woolf released their latest single from the album, and Pague describes its place in the story arc as “the downfall.”

In an email to The Key, she says “Confetti” depicts Anna:

“…waking up, fucking up, partying too much, going on a bender. Staying up till 4 in the morning, drunk texting her ex, working a job she hates. It’s also the realization that if she leaves this life she’s created for herself, she will miss her friends, family, everything she has ever known. Anna, the partier, the drunk, the loud mouth – is ready for a change.“

A music video for the shimmering slow-burn song, directed by Evan James Benally Atwood, opens on Pague in a sparsely adorned bedroom, dappled in pink and white, singing to the camera. As she ventures out into the apartment, a tableau unfolds with dancers, streamers, cake and, indeed, confetti.

“I’ve been thinking ’bout my east coast friends and how I really miss ’em bad,” Pague sings, a nod to the place from which she came, juxtaposed with the reality she finds herself in: not quite what she expected: “Did I really think cocaine would line the streets and mountaintops / did I really think confetti would hold my head up as I fall?” Isolation and frustration turns to fantasy, which turns to catharsis, and as Pague lies in a pile of glitter at the video’s conclusion, you get the send that she’s ready to move on.

Watch the “Confetti” video below, and preorder Anna Ohiohere; the album is out August 21st, via Tender Loving Empire.