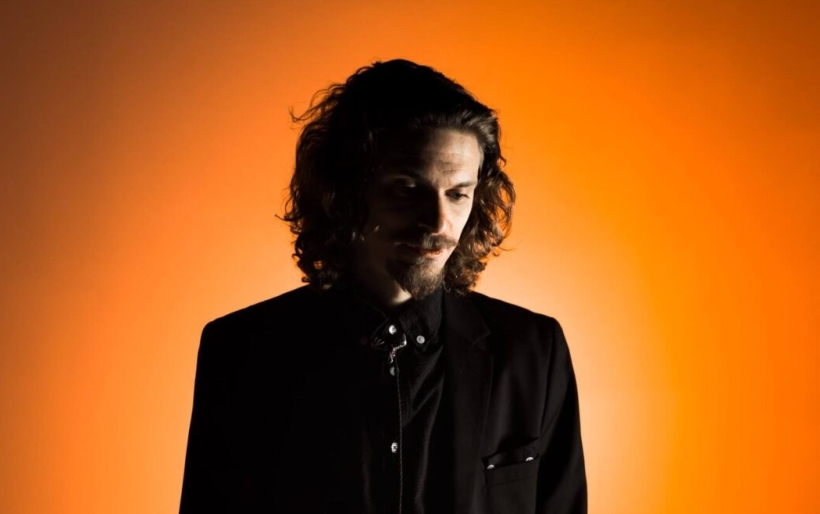 Kirby Sybert | photo by Skyler Jenkins | courtesy of the artist

Philly indie rock artist and musical Swiss army knife Kirby Sybert is set to release his debut solo LP, Happy People Make Happy Things, on August 7. In the lead-up to the album’s release, Sybert has released the lead song off of this album, “Ease Fulfillment,” and The Key is excited to premiere a video of Sybert performing this new song.

“Ease Fulfillment” was written and recorded at Sybert’s home in one night. The performance manages a sweeping, epic sound using only lead guitar and vocal lines, buoyed by the emotion present within those elements. Sybert says of “Ease Fulfillment”:

This song came to me like a fever dream. I had been feeling rather down about the music industry and my place in it and the lyrics just poured out of me. I wanted to pack it up and go home to my family. Back to comfort after being just exhausted with things. This song just came out in one evening in my room and I ended up recording it that night. It was the first track I had recorded for this solo record and it gave me the confidence to get back to recording on my own, which I had gotten away from at the time. I sent it to Carl Bahner and he added some atmosphere and mixed it for me and it elevated the whole tune. This was the tune that inspired the rest of the songs on my upcoming record.

Happy People Make Happy Things was recorded and produced, in large part, from Sybert’s Philadelphia bedroom, creating an intricate and expansive musical product with a simple setup. The “Ease Fulfillment” performance further emphasizes the album’s stripped-down home production. It depicts Sybert and his Telecaster bathed in red light, performing alone in his home. The loneliness of the opening lines, “Fighting hard to claim my stake / In an industry I’ve grown to hate,” is amplified as the video forces its focus on its stunningly talented performer.

Watch the video for “Ease Fulfillment” below.