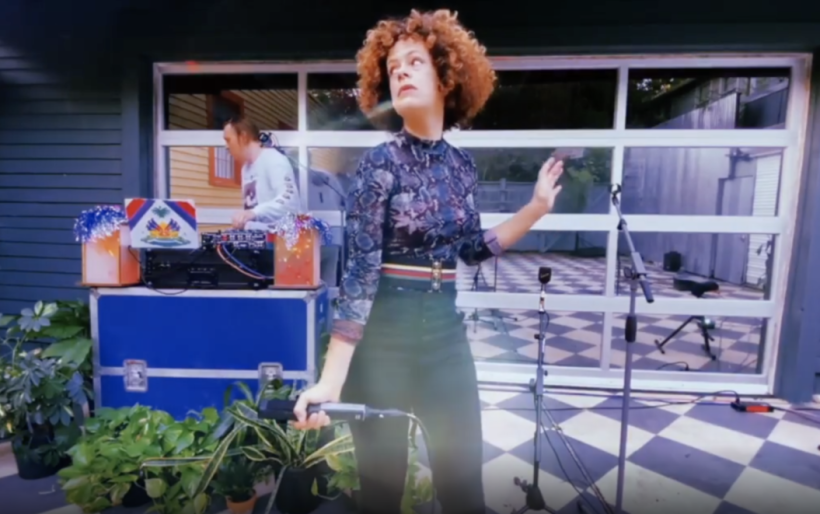 10 years ago this weekend, Arcade Fire released their celebrated third LP The Suburbs, and co-founding members Win Butler and Régine Chassagne performed a couple of its highlights from their New Orleans home on Salesforce’s Leading Through Change live stream.

Before the performance, moderators spoke with Chassagne to discuss The Kanpe Foundation, an organization she co-founded to support vulnerable families in Haiti. She and Butler took to the stage quickly after to perform three songs from the band’s catalog, including “The Suburbs,” “Haiti,” and “Sprawl II (Mountains Beyond Mountains).”

The pair experiments with lighting and visual effects as they begin the set in black and white and end embraced in technicolor.

Aside from this set, other Arcade Fire performances will be available to stream including the band’s 2010 Lollapalooza set. The performance will be released on Sunday (8/2) through the festival’s virtual set-up this year due to COVID-19.

Butler and Chassagne’s set begins at about 45 minutes into the Salesforce stream, check it out below. (UPDATE: The Leading Through Change livestream has been taken down, but the band posted its performance of The Sprawl on Instagram; watch below.)