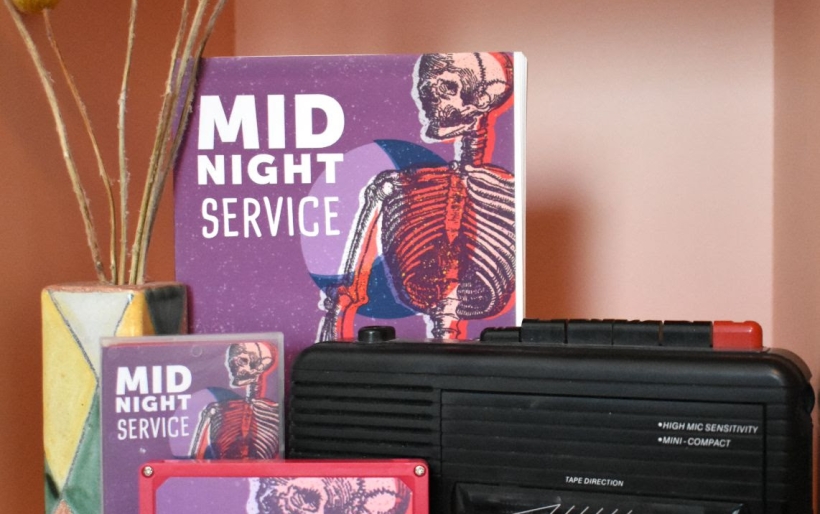 This & That Tapes announce Midnight Service, a Mütter Museum mixtape and art zine

Local zine and cassette label This & That Tapes has partnered with a collection of musicians, artists, writers, and other creators to release Midnight Service, a mixtape and zine in support of Philly’s own Mütter Museum.

The inspiration for Midnight Service came when This & That founder Joe Carlough was working on a different benefit mixtape, for Womanly Magazine. When the Murder City Devils song “Midnight Service at the Mütter Museum” came on his headphones, Carlough got the idea to put together a fundraiser for the titular museum.

From there, Carlough says,

I got to work planning. At first I thought the compilation should be Philly-centric, but as I began to widen my scope, an interesting thing happened: Artists from all over the country began telling me about their visits to the museum. “We were on tour,” they’d say, “and had to check out the museum we heard about in that song.” Or “So-and-so told us that if you have an extra day in Philly, you need to get to the Mütter!” It made me realize that the Mütter isn’t just for us in Philly. It belongs to the world. I can’t put it better than Spencer already has in the song: “It’s for the curious, it’s for the hopeful.”

The final product features music from eleven artists, including Spencer Moody & Ben Chisholm, Joe Jack Talcum, and G. Love. Many of the tracks, which discuss science, health, and medicinal progress, were written exclusively for the Midnight Service project. In addition to the mixtape, the project includes an art zine featuring writing, illustrations, and photography from several creators, including the museum’s own Nancy Hill and Amy Martin.