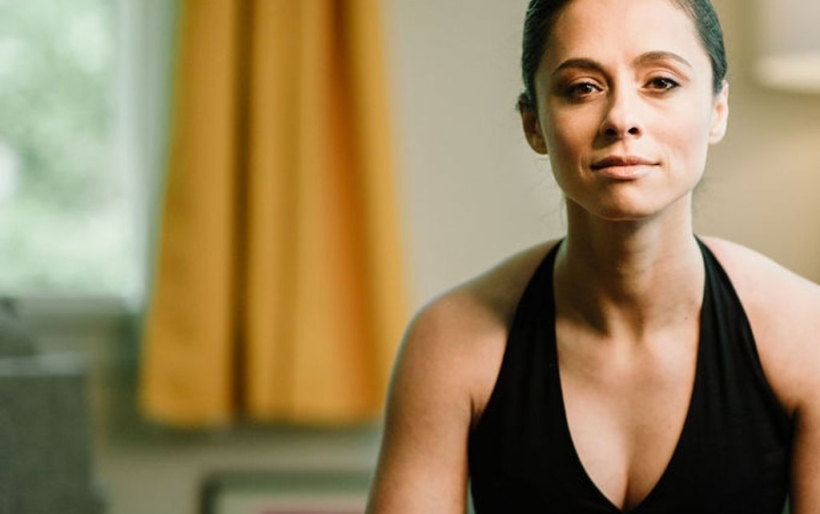 Make It Exist: Lia Menaker talks about forging your own path on 25 O’Clock podcast

Imaginative singer-songwriter Lia Menaker captured our attention this year with the textured electronic pop collection I Am Kyrøs, her second EP and the product of two and a half years of writing and recording following a move from Colorado to Philadelphia. This week, Menaker discussed the record — and a whole host of other topics — with Dan Drago of the 25 O’Clock podcast.

In the conversation, Menaker talks about her roots growing up in northern New Jersey, taking in musicals via community productions and Broadway shows, studying performance at Penn State, and trying to break into New York City’s brutally competitive theater circuit.

A move to Colorado in the 20-teens found her studying public heath, acting in productions like Big River, and recording her first album, Animal Behavior. She describes this first experience recording her own songwriting as the moment where her passions completely overlapped, and she chased it further upon coming to Philly in 2017 when she wrote “Stranger,” the earliest of Kyrøs‘ songs.

Menaker tells Drago about the experience crafting that EP, which she basically describes as locking herself in her room for a long time with a Rhodes keyboard and beatmaking software, exploring and seeing what happens. She talks about drawing inspiration from artists like SOHN, and connecting the dots between Amy Winehouse, Billie Holiday, and her roots in musical theater. “That jazzy, classic, soulful singing is what inspired the vocals,” she says.

Drago and Menaker also have a very candid talk where both host and interviewee reflect on what it means to keep up with creativity past the age of 30. As Menaker says:

“We’re fed these messages of what does it mean to be happy, and successful, and I think it’s so easy to chase that. I don’t know the last time I met new people and they don’t ask ‘What do you do?’ That’s the question you ask strangers. And that says a lot: we think that’s going to tell us what a person is like. Many of us measure our worth by our jobs, and a lot of this record, and being this age — I’m 34 now — what if none of that defines my happiness?”

Menaker’s guiding principle is making art for yourself, making things exist that you want to see in the world, and being okay with the elements of artistry that are out of your control. She acknowledges the frustration of a music industry that tends to favor artists who create from a place of great privilege — “Paying for good promotion will get a crappy song really far, but a great song with no promotion will just sit there.” — but talks about forging her own path as much as she can — Menaker was an early adopter of livestreaming, before COVID even happened, and she talks about keeping pace with the practice once everybody else in music jumped on board.

Listen below, and get details on her next Twitch livestream here.