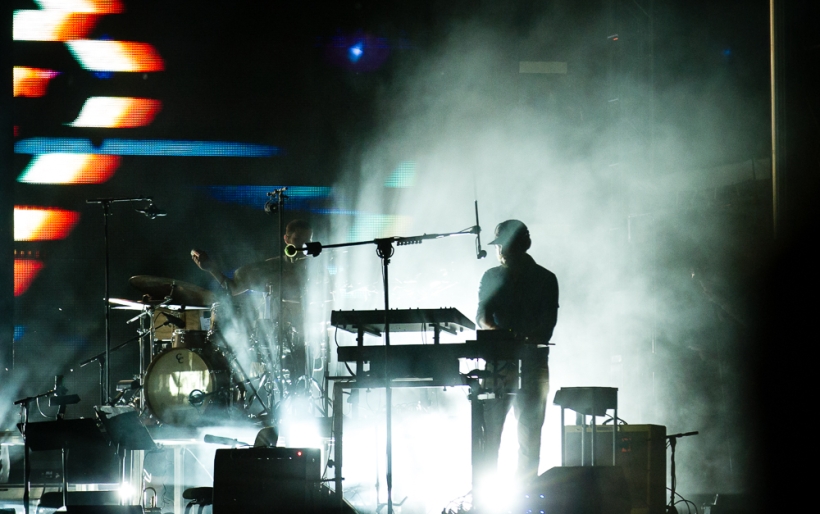 A new Bon Iver project may be on the way. This week, the band, helmed by Justin Vernon, released a new single, “AUATC.” Standing for “Ate Up All Their Cake,” the track follows April’s “PDLIF,” or “Please Don’t Live In Fear.” Both tracks have been released under a mysterious title: Bon Iver: Season Five. Because there have been four Bon Iver LP’s released to date, each corresponding with a season(For Emma, Forever Ago is winter; Bon Iver, Bon Iver is spring; 22, A Million is summer; and i,i is autumn) many fans have speculated that the Season Five project is a play-on-words, referencing a new full-length album, with each single released as an episode.

“AUATC” is a relatively short track — just over two minutes long — marked by highly processed vocals and joyous instrumentals. “Ate Up All Their Cake,” seemingly references Marie Antoinette’s infamous declaration to starving peasants: “Let them eat cake!” With a markedly anti-capitalist tone, the cover for the track similarly features an engorged, overjoyed businessman, whose happiness is at odds with the dire state of the world.

“Our capitalistic societies have created a world that is most supportive of the wealthy and the elite, and the predatory corporations and policies that drive their disproportionate success.