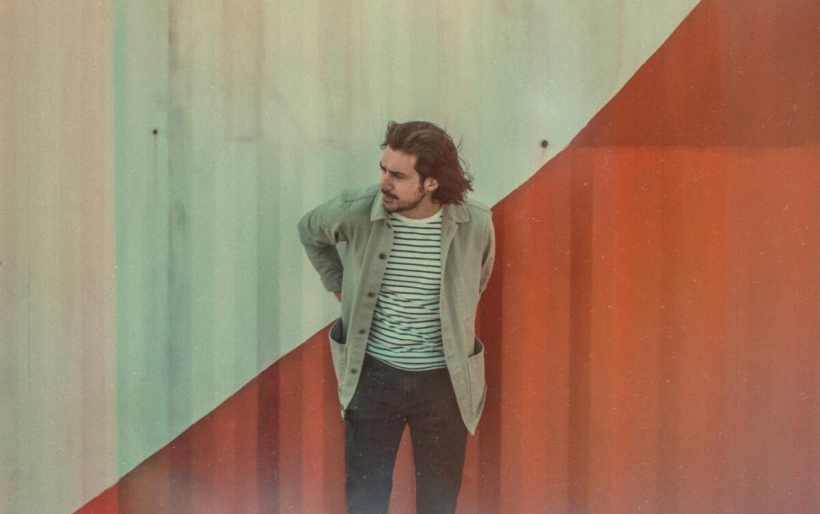 Mo Lowda & the Humble’s frontman, Jordan Caiola, has released the newest single from his forthcoming debut album, Only Real When Shared, under the name Caiola.

The new track, “Hydroplane,” is the second single to be released from the new album. According to Caiola, the tune has a serious meaning behind it: “Back in February, I lost control of my vehicle in the left lane of I-95 during one of the busiest times of the day. Somehow I was not struck by the multiple cars/tractor-trailers around me during those very helpless, very terrifying few moments and I was lucky enough to walk away unharmed.”

Caiola states that the song came from the perspective he gained after having a “close call like that… cherishing the small things a bit more and trying to use it as an opportunity to better myself.” The pure intimacy of the ballad and Caiola’s humble strums makes the song the perfect background music for staring out a window on a rainy day to ponder choices in life and if they were the right ones.

Besides the raw documentation of Caiola’s life-changing incident, another single was released from the new record at the end of July. “Finders Keepers” is a sleek and beachy ode that “deals with the irony within the fact that just about everyone at one point or another has felt lonely, left out, hopeless… or like they’re ‘the only one,’” Caiola notes. But, as Caiola croons, how can you be the only one when so many others feel the same?

Aside from his solo debut, Mo Lowda & the Humble had released Ready Coat earlier this year and were set to tour. Of course, the COVID-19 pandemic put an end to the plan.

“We had worked so hard on that album and the release was going really well as far as traction, streams and playlisting. We were set for that national tour like you said and were on our way to selling out a third to half of those shows including one at Union Transfer. Having to cancel it was a huge blow. “

Despite not being able to perform across the country, Caiola had the time to produce his solo debut record.

“This album was something I’d wanted to do for a while now, but I was usually spread pretty thin between touring 100+ dates a year with Mo Lowda & the Humble and recording with my side project, Nightseason,” he says. “I’ve always written a ton of folk songs that never really had a proper avenue to be released under and didn’t fit with the material from either of those two projects.” Caiola notes that some of the record’s songs are four years old while others were written as recently as May.

“Once the national lockdown was put in place, I saw it as the perfect opportunity to record them all and a productive way to use my time in quarantine. Plus, it was fun as hell to make.“

Only Real When Shared is set to be released on October 2nd. Both singles, “Finders Keepers” and “Hydroplane” are available on all major streaming platforms. Follow Caiola on Facebook here.