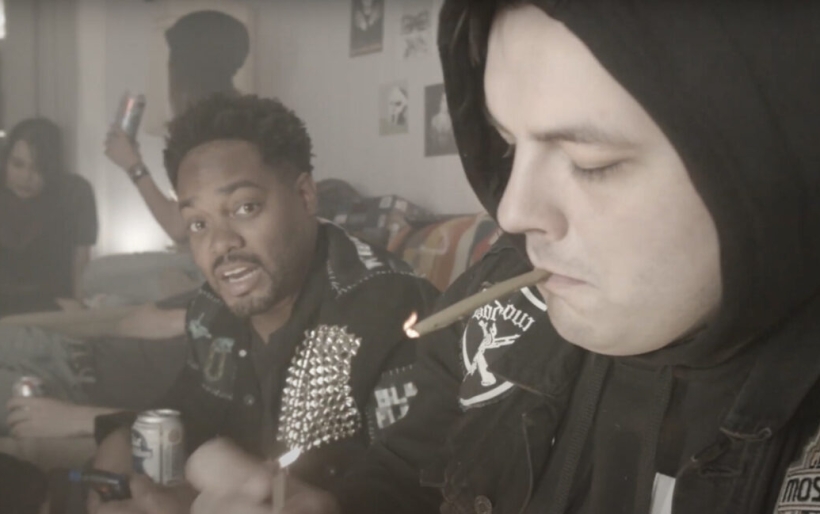 Like the DKs song, this cut is a story of police violence narrated from the point of view of a self-righteous police officer, with vocals provided by Old City’s Buffalo, New York collaborator Tre Marsh. His short, gripping bars are a harsh reflection of a white supremacist in a position of power — “what would you do without us, kill each other faster?” — and should there any confusion about the song’s ultimate intent, the recent music video for “Pipebomb” ends with a quote from Colin Kaepernick about why he famously chose not to stand for the flag.

Old City refers to the track in general as “a bitingly satirical commentary on the destructive nature of an unchecked police force in the modern day,” and it will appear on the self-titled album that is due out November 1st. Watch the Pipebomb video below, and pick up a sampler EP on Bandcamp here.