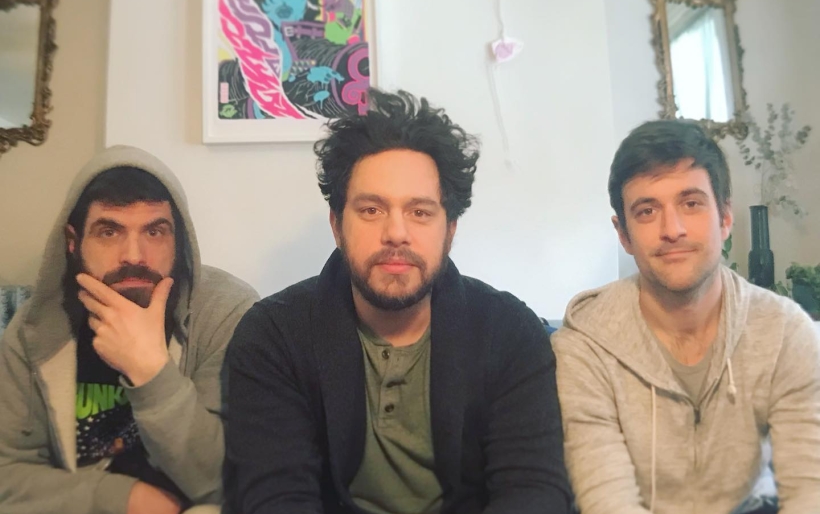 The Extraordinaires | photo by Ariel Baumet | courtesy of the artist

Ten years ago, The Extraordinaires were the storybook rockers of the Philadelphia indie scene — literally, as their first three albums were packaged like hard-bound books, with library cards and all. They’ve operated in scattered, concentrated bursts in the time since; bandmates have come and gone, changed jobs, started families, joined the touring lineup of Man Man. (That last one was just bassist and co-songwriter Matt Gibson.)

But this year, the band has bounced back into action, first with January’s Home Sweet Home EP — The Extraordinaires’ first recorded music since 2013 — and this week with a new single called Monika, a celebration of a long-lost old friend.

Over a jaunty Apples In Stereo / Monkees psych pop vibe, the band introduces us to the title character who they say “helped make us who we are.” Amid seafaring imagery of charting maps and setting sail, we’re introduced to this person in a glow of bright optimism: “I’m glad the world I saw reflected in her lenses is the one we still live in,” sings guitarist and co-songwriter Jay Purdy.

If the glasses imagery and the lyrical vignette didn’t make it obvious for longtime Philly scene folks, this song is an ode to Monika Julien, who played bass in The Extraordinaires’ peers Conversations With Enemies, put on DIY shows around Philly in the early 20-teens, and was a huge proponent of the playful joy that Purdy, Gibson, and their bandmates Justin Wolf (guitar) and Mike Harkness (drums) brought to the city’s music scene. These days she calls New York City home and works for Red Bull Music, though band’s sweet and sentimental celebration couldn’t be more apt:

Listen below, and dig into The Extraordinaires’ back catalog at Bandcamp.