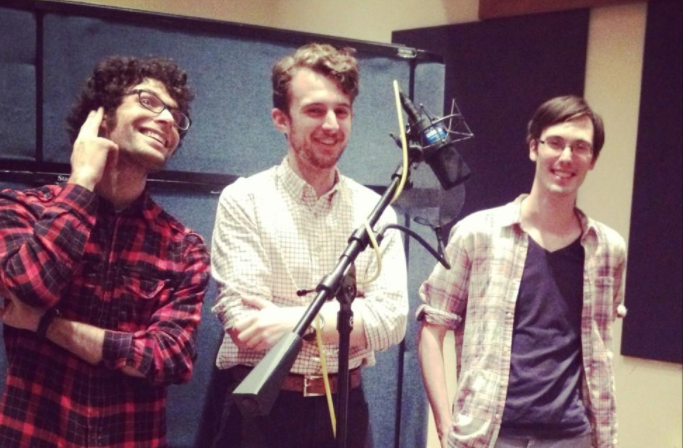 Since 2010, the program Folkadelphia has explored into the rich influence of American folk tradition on contemporary artists, while pushing boundaries and challenging convention of what defines “folk” in the 21st century.

As the show ramps up to its 500th episode, longtime host and curator Fred Knittel has announced that the program will be going on indefinite hiatus once it hits the milestone — “which I took as a golden opportunity to say goodbye,” he writes. The last show (for now) takes place on Wednesday, August 26th.

Folkadelphia has its origins at Drexel university’s student-run radio station WKDU, where Knittel was program director while studying as an undergrad. It came onboard at WXPN in 2010 as part of the XPN2 internet radio station, and moved over to terrestrial WXPN a couple years later for its long-running slot on Wednesdays at 10 p.m.

Folkadelphia has been a true labor of love for me the entire time. It’s been extremely gratifying to watch it evolve over the years with the guiding principles I think holding true throughout, to expose listeners to new artists they might otherwise not hear, to support those rising artists by giving them a platform to share their voices, and to push against the boundaries of what might be considered folk music. I have absolutely loved being a conduit between the artists and the listeners, experiencing that electric passionate travel back and forth, seeing what sparks.

Knittel goes on to say that his favorite part of the program, and the best vehicle for allowing artists to “[show] off their creativity and music in a raw, unadorned capacity,” is the celebrated Folkadelphia Sessions series, which has received acclaim from outlets such as Paste, Brooklyn Vegan, and NPR. “My most recent count has us at over 260 sessions, which feels insane to me,” writes Knittel of the series, which was produced by Clark Connor with assistance from Eric Sanderson and audiovisual documentation by L.J. Brubaker, Rachel Del Sordo, and others.

In that spirit, we’ve compiled ten highlights from the Folkadelphia sessions series we highly recommend you stream or download leading up to the final episode. Knittel his historically been far ahead of the curve with his bookings, inviting artists like Anaïs Mitchell to the studio seven years before her musical Hadestown swept the Tony awards, or asking Angel Olsen to perform on the strength of the arresting solitude of Half Way Home, four years before the breakout of Your Woman.

Stream those below, watch for more from Knittel — who, in the short term, wants to continue helping independent musicians impacted by COVID-19 via his Co-Mission artist relief project, and at a bigger picture level hopes to work towards improving representation of BIPOC artists in the folk music world. The 500th episode of Folkadelphia airs on WXPN on Wednesday, August 26th, at 10 p.m. ET.

This set was recorded at WXPN studios on the afternoon of the Chicago singer-songwriter’s Philadelphia debut — a show Knittel booked at Studio 34 on Baltimore Avenue — and highlights three songs from her Bathetic Records release Half Way Home.

This performance found the veteran folksinger joined by Rachel Reis on vocals and glockenspiel and Ben Davis on banjo and percussion, highlighting three songs from Mitchell’s acclaimed fifth LP Young Man In America.

By the mid-00s, cellist and vocalist Leyla McCalla was transitioning from a gig in Carolina Chocolate Drops to a career as a solo singer and songwriter. This performance, recorded in early 2014, finds her right at the beginning of that journey, playing songs from her debut Vari-Colored Songs: A Tribute to Langston Hughes.

Modern folk trailblazers Amy Ray and Emily Saliers played a short, sweet two-song Folkadelphia set in 2015, performing “Elizabeth” from their then-current record One Fine Day and dipping back to their self-titled 1989 debut for the classic “Closer To Fine.”

A rising star in the DIY scene, Mitski Miyawaki came to XPN studios in spring of 2015 to play a solo electric set of five songs from her breakout third LP, Bury Me At Make Out Creek.

The late Erik Petersen was a beloved punk rock troubadour in the Philadelphia scene and beyond, and his acoustic Folkadelphia session recorded in late 2015 is centered around songs from his last two releases under the Mischief Brew banner — his just-released final studio album This Is Not For Children, as well as songs from Bacchanal ‘N’ Philadelphia, a reissue of early work which came out the following winter. Petersen passed in July of 2016.

D.C. songwriter Bartees Cox is having a bit of a moment this year with his project Bartees Strange, but two and a half years ago, he played lived for Folkadelphia under the more expansive handle of Bartees and the Strange Fruit. The Magic Boy LP had been released the previous year, and Cox used the session to showcase songs old and new in his gripping baritone.

Two years ago, Portland singer-songwriter Haley Heynderickx got a lot of attention in the NPR Slingshot world and beyond for her debut record I Need to Start A Garden. Her Folkadelphia session was decidedly forward-looking, reaching beyond the new record to debut the beautiful “Simple Song” as well as covering “Rex’s Blues” by Townes Van Zandt.

By sheer numbers, the Philadelphia Women’s Slavic Ensemble was the largest group to perform for the Folkadelphia sessions series, and also extremely central to the project’s mission: bringing a community of young vocalists together to perform sing Slavic traditional songs in a spirit-raising a cappella.

Punk rock frontperson Laura Jane Grace was on break from her main band Against Me! last year, and released the solo album Bought to Rot on roots rock label Bloodshot Records. On tour in the spring, Grace and bandmates Atom Willard on drums and Jacob Hudson played stripped-down renditions of four of the album’s songs, plus a cover of Camper Van Beethoven’s “Take The Skinheads Bowling.”